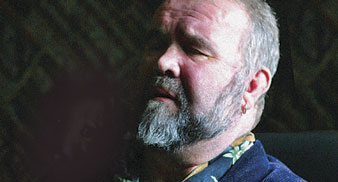 Other artists including Beth Orton, Phil Collins and The Cure‘s Robert Smith have also honoured Martyn through covers of his material for ‘Johnny Boy Would Love This – A Tribute To John Martyn’, which will be released on August 15. The proceeds from the LP will go to Martyn’s family. The album’s release was mooted last year.

Singer/songwriter Martyn, who died in January 2009 shortly after being awarded an OBE, released 20 studio albums throughout his career and worked with the likes of Eric Clapton and David Gilmour.

Phil Collins – who worked with Martyn on his albums ‘Grace and Danger’ and ‘Glorious Fool’, said: “John Martyn was unique. Completely unique. He had such power, such emotion, in his music that he could overwhelm the listener even when it was just him and an acoustic guitar.”

The tracklisting for ‘Johnny Boy Would Love This’ is as follows: