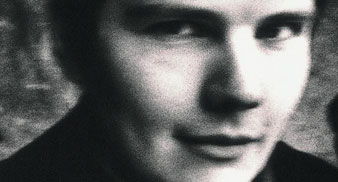 Smashing Pumpkins front man Billy Corgan has confirmed that the band have returned to recording and will tour this year, seven years after they played their ‘last’ performance.

Singer and guitarist Corgan has yet to say who’s in the current line-up – it is not clear if founding memebers James Iha and D’arcy Wretzky are involved.

Corgan’s announcement on his Myspace page, says that a new album will be ready soon and that “This year will see a new album of songs and a world tour of tears, and we truly look forward to playing again for fans, young, old and missed… So yes, tunes are being dusted off…When we opened the lid on this music box, we were pleasantly surprised at the music that played: familiar yet unknown.”

He also alludes to the time that has elapsed since the band’s split in 2000, saying “For many years there were private laments about opportunities missed and hearts so broken, but no more… we have turned the page and moved on…this age calls for resolve and certitude, and the fire within to burn ever bright.”

Release and performance dates dates are still to be confirmed, although various sources are linking the band with appearances at a number of European festivals this summer.