How skiffle changed the world 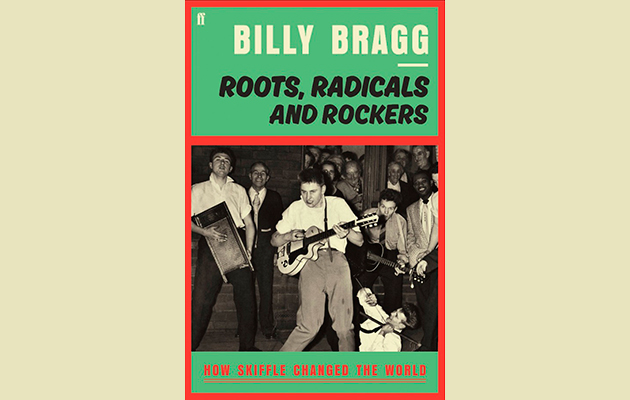 “Against a backdrop of Cold War politics, rock and roll riots and a newly assertive generation of working-class youth, the songwriter and political activist Billy Bragg charts the history, impact and legacy of skiffle – Britain’s first indigenous pop movement,” runs the press release.

“Roots, Radicals & Rockers: How Skiffle Changed The World is the first book to explore this phenomenon in depth – a meticulously researched and joyous account that explains how skiffle sparked a revolution that shaped pop music as we have come to know it.

“It’s a story of jazz pilgrims and blues blowers, Teddy Boys and beatnik girls, coffeebar bohemians and refugees from the McCarthyite witch-hunts. Billy traces how the guitar came to the forefront of music in the UK and led directly to the British Invasion of the US charts in the 1960s.

“Emerging from Soho jazz clubs in the early ’50s, skiffle was adopted by kids who grew up during the dreary years of post-war rationing. These were Britain’s first teenagers, looking for a music of their own in a pop culture dominated by crooners and mediated by a stuffy BBC. Lonnie Donegan hit the charts in 1956 with a version of ‘Rock Island Line’ and soon sales of guitars rocketed from 5,000 to 250,000 a year.

“Like the punk rock scene that would flourish two decades later, skiffle was a do-it-yourself music. All you needed was the ability to play three chords on a cheap guitar and you could form a group, with mates playing tea-chest bass and washboard as a rhythm section.

“This is the story of how the first generation of British teenagers changed our pop music from being jazz-based to guitar-led.”