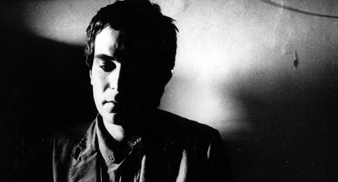 Singer-guitarist Alex Chilton has died, aged 59, just days before he was due to perform with Big Star at the South By Southwest music festival in Texas.

According to news reports, Chilton was admitted to hospital in New Orleans yesterday (Wednesday, March 17) suffering from heart problems.

Chilton was born in Memphis, Tennessee in 1950. He joined his first band aged 16, The Devilles, who later became The Box Tops. The Box Tops found major success in 1967 with ‘The Letter’, making a bona fide pop star out of Chilton while he was still in his teens. The band’s other run of hits included ‘Soul Deep’ and ‘Cry Like A Baby’ before they broke up in 1970.

Chilton went on to form Big Star in 1971 with guitarist/co-songwriter Chris Bell, drummer Jody Stephens and bassist Andy Hummel. Although not as commercially successful as The Box Tops, Big Star released three albums – 1972’s #1 Record, 1973’s Radio City and Third/Sister Lovers, released in 1978 – that became hugely influential on bands like REM, Evan Dando, Wilco and The Replacements, who recorded a song, ‘Alex Chilton’, for their 1987 album, ‘Pleased To Meet You’.

After Big Star split in 1974, Chilton embarked on a solo career, and his albums included 1979’s Like Flies On Sherbert. He also produced The Cramps.

Chilton and Jody Stephens reformed Big Star in 1993 with a new line-up including members of the Posies. They released one album, ‘In Space’, in 2005. Chilton also reformed The Box Tops in 1996.

A full obituary will appear in the next issue of UNCUT.