Echo In The Canyon will take place in LA in October... 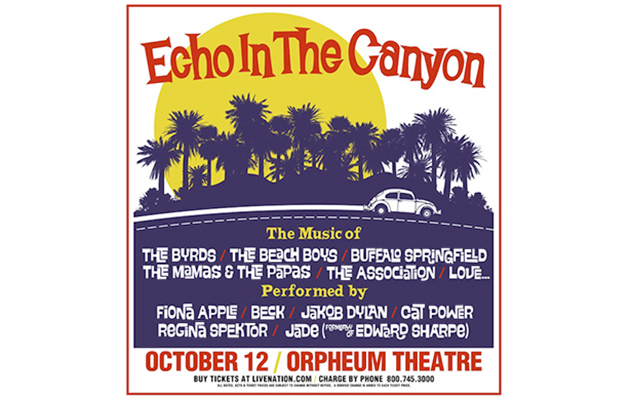 Beck, Cat Power, Jakob Dylan and Fiona Apple are among the artists taking part in Echoes In The Canyon, a special event designed to mark the 50th anniversary of the birth of Southern Californian folk rock.

Pitchfork reports that Echoes In The Canyon will take place in Los Angeles’ Orpheum Theatre on October 12.

The show will see contemporary artists covering songs by the Beach Boys, the Byrds, the Mamas & the Papas, the Turtles, the Association, Buffalo Springfield and more.

The concert will be followed by a covers album – which is due to be released next year – which will featuring the artists who will appear at the event.

Below, you can hear Cat Power and Jakob Dylan cover the Turtles’ “You Showed Me“, which was written by the Byrds’ Gene Clark and Roger McGuinn.