Twilight will be their last LP, as they become first band to record singles only 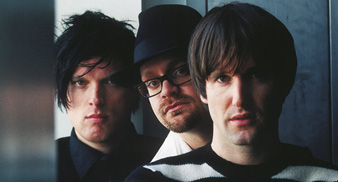 Rock trio Ash have decided to stop making albums on the eve of the release of their sixth LP “Twilight Of The Innocents.”

Ash have instead decided to continue to record and publish singles only, using downloads and the internet to make their music available.

In a statement issued today, Tim Wheeler says the band is excited “to [be] dedicating ourselves wholly to the art of the single for the digital age.”

Abandoning the traditional method of recording albums, means that fans will get to hear new material as often and as quickly as the band can produce it.

Frontman Tim Wheeler says: “By leaving this behind we can enter a new phase of spontaneity and creativity. We have our own studio in New York, we can record a track and release it the next day if we feel like it, give it to people while it’s fresh.”

The band known for consistently releasing hit singles – Ash have had 17 top 40 hits – it is planned that compilations of single tracks released will be made available in the future.

Tim Wheeler explains the thoughts that went into the decision to call time on the album as as an artform.

He says: “The way people listen to music has changed, with the advent of the download the emphasis has reverted to single tracks. It hasn’t helped that most people have forgotten how to make a decent album. I’m constantly disappointed with records I buy.

I believe our new album is the pinnacle of everything we’ve done thus far, and I’m proud that this will be remembered as our last album. The future lies elsewhere and we can have a lot of fun by changing things up. It’s like the Wild West at the moment and a time to take chances and try out new ideas. We’re the first band to do this , but I very much doubt we’ll be the last.”