Arctic Monkey’s Film To Premiere In London Next Month 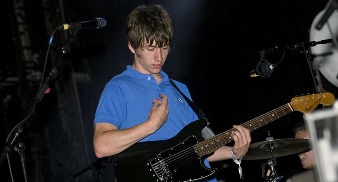 Running from October 1 – 12, the festival now in it’s 16th year, will host a special event with Sir George Martin’s son Giles in aid of the London premiere of All Together Now, a new film charting the creation of The Beatles/Cirque du Soleil collaboration, Love.

Patti Smith: Dream Of Life and Beastie Boy Adam Yauch (who is alos on the Raindance judging panel)’s basketball documentary, Gunnin’ For That #1 Spot will also receive their UK premieres.

For the full Raindance Festival programme please go to www.raindance.co.uk