The couple to play a series of shows from Feb 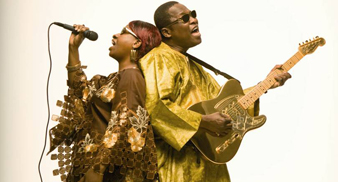 Amadou & Mariam have announced four new UK headline shows to take place from next February, further to their previously announced gig at London’s Koko on February 25.

The couple, who recently released the highly critically accliamed Welcome To Mali album will play the following venues: