"We found it rolled up in a tube" 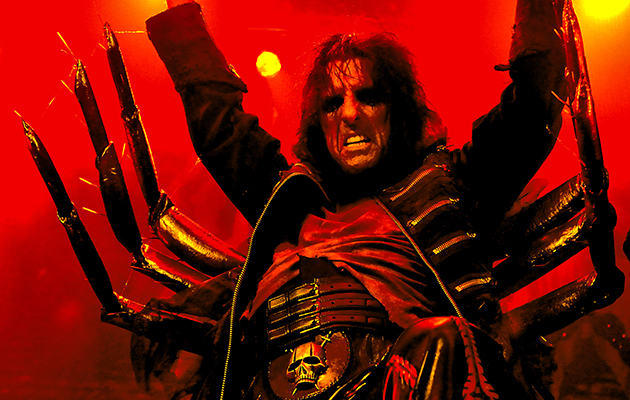 Alice Cooper has found an Andy Warhol silkscreen “rolled up in a tube” in a storage locker, where it lay forgotten for more than 40 years.

The Guardian reports that the canvas is a red Little Electric Chair silkscreen, from Warhol’s Death and Disaster series.

Cooper and Warhol were friendly during the early 1970s, when Cooper lived in New York with his girlfriend Cindy Lang.

According to Shep Gordon, Cooper’s manager, “Cindy came to me for $2,500 for the painting. At the time Alice is making two albums a year and touring the rest of the time. It was a rock’n’roll time, none of us thought about anything.

“Alice says he remembers having a conversation with Warhol about the picture. He thinks the conversation was real, but he couldn’t put his hand on a Bible and say that it was.”

After a conversation four years ago with Los Angeles art dealer Ruth Bloom, Gordon encouraged Cooper to find the silkscreen.

“Alice’s mother remembered it going into storage,” he said. “So we went and found it rolled up in a tube.”

The Guardian reports that Cooper is considering hanging his Little Electric Chair in his home.