Bandmate Malcolm Young was diagnosed with dementia in September... 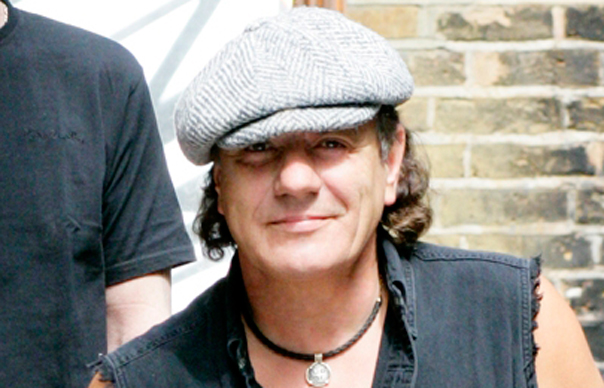 Bandmate Malcolm Young was diagnosed with dementia in September…

AC/DC’s Brian Johnson has become a supporter of a small charity for people suffering from dementia after guitarist Malcolm Young was diagnosed with the disease in September.

Johnson reportedly rang up the Sporting Memories Network, a little-known charity based in the village of Topcliffe, Yorkshire, to offer his support for its work.

The charity, which uses sporting tales to engage older people – especially men – suffering from depression and dementia and involve them in groups that improve their physical and mental wellbeing, said Johnson phoned “out of the blue” to recollect stories about being raised in Duston, Gateshead. These included a tale about being unable to afford to attend Newcastle United matches and walking miles to catch the action at Gateshead instead.

“I never forget me Dad would take us to the place where Hughie Gallacher threw himself in front of a train,” Johnson said. “‘He was the greatest footballer that ever lived, son.’ He was very reverential about that. Hughie played in the Newcastle side that won the title in 1927 and he was God-like to my father. But Gateshead was the place we went to because it was cheap. I got it for a ha’penny.”

Speaking to the Northern Echo, Tony Jameson-Allen, the charity’s director, said: “It’s an absolutely amazing boost for a charity run by two people to receive a phone call from the singer of a group that has sold more than 200 million records worldwide.”

Unlike bigger dementia charities, Sporting Memories Network focuses on treatment of the disease rather than research. In May, it received the Alzheimer Society’s prize for Best National Initiative, but despite gaining support from big names such as Sir Steve Redgrave, some of the charity’s work is in jeopardy due to a lack of funding.

“The cost of dementia nationally is estimated at being £26bn a year and that figure will double by 2030, so I’m urging healthcare commissioners to give cost-effective Sporting Memories a real crack at making this work,” said Jameson-Allen.