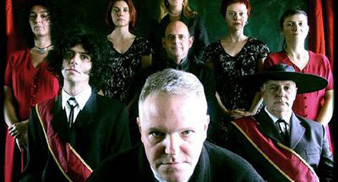 The Cardiacs are preparing to go out on their first full UK tour since 2000 next month.

The art rock band who formed in 1977 are also preparing their first studio album of new material since 1999’s ‘Guns’, which is due for release early next year.

The album’s first taster will be a brand new single ‘Ditzy Scene‘, backed with two other brand new tracks ‘Gen’ and ‘Made All Up’ – which is due for release just prior to the tour’s start on November 5.

More information about the band and to pre-order the single – check out www.cardiacs.com.

The band will play the following venues in November: