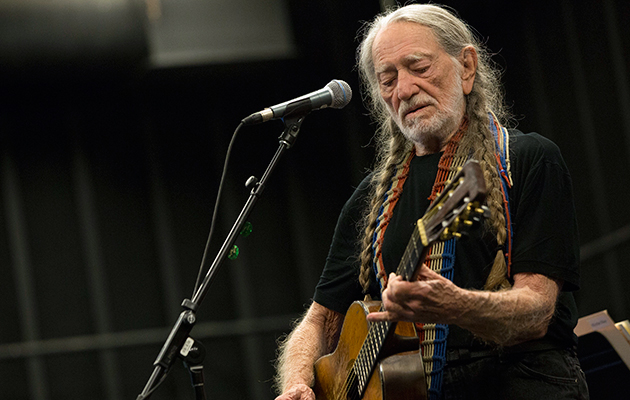 On the fridge tucked into the bus kitchenette, a sticker enthuses “Willie Nelson For President”. By now, I’m guessing it’s unlikely that this sentiment originated with the man himself, but does he know…

“No, I’ve no idea,” he beams. “Scooter Franks, the guy who does the merchandise, he figures out what he thinks he can sell.”

Nelson’s endorsement has, however, been coveted by many American politicians, and it’s easy to see why. While attempts at such co-option are an occupational hazard for American entertainers, few bestride America’s divisions like Nelson. He’s all at once a Texan good ol’ boy and perma-stoned hippie, as capable of singing ass-kicking vigilante anthems with Toby Keith (“Whiskey For My Men, Beer For My Horses”) as he is of crooning one of – very – few gay rights sentiments in the country pantheon (in 2006, shortly after Brokeback Mountain, Nelson released a version of Ned Sublette’s “Cowboys Are Frequently Secretly Fond Of Each Other”). It’s Nelson’s own recollection of US Presidents, though, which provides the best illustration of his stature as the establishment’s preferred maverick, and of the outsiders’ favourite family entertainer.

“I liked Bill Clinton,” he says. “And Jimmy Carter’s a good buddy. I even smoked dope on the White House roof one time…”

And if some – frankly unlikely – write-in campaign was ever to award Willie Nelson the White House?

“It wouldn’t,” he says, and smiles again, “take me long to screw things up.”