“What did I say that for?”: 25 minutes with Mick Jagger

Yesterday's news that the Stones have released an album of material drawn from their recent Hyde Park shows reminded me to dust down this interview I did last year with Mick Jagger, which ran in our December 2012 issue. I had 25 minutes with Mick - about as long an interview as he'll do these days - ostensibly to chat about Crossfire Hurricane and GRRR!, which were both about to be released. Along the way, we chatted about fighting in train carriages, writing with Keith and whether or not Mick is comfortable watching himself on television... 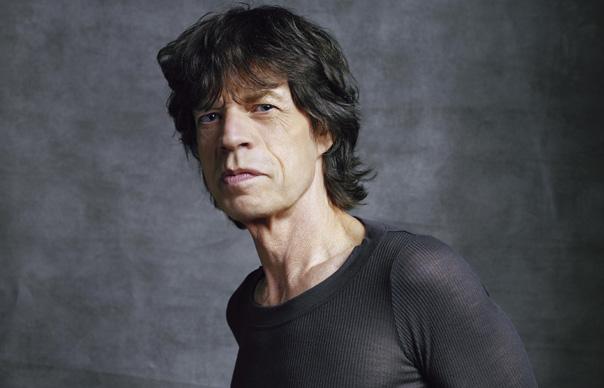 Yesterday’s news that the Stones have released an album of material drawn from their recent Hyde Park shows reminded me to dust down this interview I did last year with Mick Jagger, which ran in our December 2012 issue. I had 25 minutes with Mick – about as long an interview as he’ll do these days – ostensibly to chat about Crossfire Hurricane and GRRR!, which were both about to be released. Along the way, we chatted about fighting in train carriages, writing with Keith and whether or not Mick is comfortable watching himself on television…

What did you want to achieve with Crossfire Hurricane?
It’s a big leap of faith choosing the director, ’cos I’m not going to sit there in LA telling him what to do. It’s not my job and I’m too close to the material. If you’re making a film that’s got lots of you in it, you’ve got to let someone contribute their ideas. You’re gonna chip in comments, but not sit there overseeing the minutiae. Obviously, you say, “Oh, I love that bit…” But they always end up being too long at the start and unmanageable, mostly.

The film covers 1962-1981. Why just focus on those years?
We didn’t have enough time. We’d have needed another six months to go up to the present. I was disappointed we weren’t going to do the whole story, but Brett [Morgen, director] was more interested in the early history. If we want to do a second part, then we can.

Keep something in your back pocket for later?
Exactly.

What stories from the ’62-’81 period appealed most to you?
One is how the band made a breakthrough in the early days. How they saw themselves, how people thought they should be positioned, how much was a set-up, how much of that was pure chance. The ups and downs, the successes and failures, the buffets of outside and inside influence. How you made it through to the other side. It’s not an upward graph! It’s got downward bits.

Has watching the film made you nostalgic for a particular period in  The Rolling Stones’ history?
You have a laugh at some of the footage, but you get over it when you’ve seen it quite a few times. You’ve got to take a step back, which is easy to say but not always easy to do, and start referring to yourself in the third person. “Take that bit of Mick out, put that bit in here, then leave that until later.”

Do you have a favourite “Mick” in the film?
There are some pretty funny Micks in there. The very young one is so odd. One minute, he’s completely there, the next he says something so stupid… I suppose you’re watching yourself getting used to dealing with the media. Mostly, when you see yourself in these clips, you’re either being interviewed or on stage. On stage, you can kind of control things, but it was quite hard dealing with those media people. It’s easy to laugh now and say, “What did I say that for?” But people used to say the stupidest things then, compared to now. It was idiotic…

It was all new territory to bands, back then. Now everyone’s media trained  to within an inch of their life…
Yes, exactly. So it’s very naïve, the press people trying to be clever, but they’re pretty idiotic, and we respond in quite idiotic ways, and rise to the bait and come off with a few good replies. It’s mostly quite combative. It makes you remember how antagonistic some people were.

In the film you say, “If you’ve got heroes, you’ve got an anti-hero, so it’s good to have an actor who can play the part.” At what part do you think it stopped being an act and became real?
Or it was real, and then it became an act. There was so much media scrutiny. You’re finding your feet, being questioned in very odd ways and you have to try to protect yourself, to keep yourself a bit shrouded. People were very, very hard hitting. It wasn’t a tough life, but you had to be on your guard.

Are you comfortable watching yourself?
I don’t enjoy it that much, to be honest [laughs]. I wouldn’t play it over and over. I wouldn’t say I’m jumping up and down every time I see myself going, “Yeah, you’re great! You look fantastic! Why did you wear that jacket? The check tweed?”

Tweed is in this season, Mick.
I got a new check tweed jacket the other week… It’s always a bit cringey, but there are some very funny moments.

Is there anything particularly that stands out to you?
We’re fighting this guy on a train. Not physically, but batting this guy. Then Brian says something about Georgia. It’s a kind of a Punch & Judy thing… everyone’s having a go at him. All in this very tight compartment. Hilarious. It’s hard to believe you’d put yourself in that position, of having this guy in your face like that. Why? Who convinced you it was a good idea? It’s very funny.

Were there any topics you found it difficult to address in the film?
We did a lot of interviews with Brett, and like all film directors, he brought up things he thought would get a reaction. But you weren’t on live TV, you had time to bat them off or delay your answer. But he didn’t hold back, just because it’s our film. There were a lot of moments. In the end, I answered them all, either truthfully or untruthfully. As you would.

Moving on to GRRR!, when you put together a compilation album is it always obvious to you which tracks will be on there? Or do you look on some songs afresh and think – yes, that one should definitely be included this time?
It’s not always completely obvious. This is available in three versions. The two-CD, 24-track version. Then there’s a long version and a very long version. The 24-song one is a bit obvious, the slightly expanded one gets a few less obvious things in, and then the 50-track version gets a few oddball things in it. That’s quite a nice package. And then there’s the two tracks we recorded last month.

Yes, “Doom And Gloom” and “One Last Shot”. What can we expect from those?
They’re both quite up-tempo rockers. “Doom And Gloom” is a bit faster. We recorded them in Paris in a few days then mixed them in LA. I hope you like them. They’re quite spirited, which is what you want, quite full of energy. Can I sing them to you? [laughs – starts going up and down a scale – there is some kind of singing – more laughter].

How do the Stones write these days?
These two were done separately. We came together to do this very quickly. Keith said, “I’ve got this one song I think you’re gonna like.” I said, “Well, how fast is it?” It’s sort of medium fast. So I thought I’ll pick one more up-tempo. I didn’t think a ballad would be suitable. It needed to be two energetic songs. It was a good process, in the studio, it was easy and fun. No hanging about, which is good.

How has songwriting changed for you over  the years?
You can write songs in a lot of different ways. You can write songs sitting waiting for a train on the back of an envelope, then you can put it to music on your own. Or you can sit down with Keith and have nothing, and I’ll just fill in the verses or I can play a song to Keith on a guitar or a piano or just sing it and ask if he’s got suggestions. As many permutations as you can think of, really.

Do you have a preferred way of working?
I like doing it all different ways. If I get an idea for a song after I get off the phone with you, I’m not going to wait to have someone to work with, I’m going to sit down and finish it. But then I might sit down with Keith for a session where you start from scratch, trying to write a song from nothing. As a writer, you keep writing all the time. I don’t live anywhere near Keith, so I don’t have time to sit down and write with him unless we make writing dates. When we were on the road all the time, we had a lot of time to do that. But we’re not like that any more, so we don’t do it.

Talking of dates. Any plans to tour, or at least play some shows?
I think we’re going to do some dates this year, and very soon we’ll be trying to  firm them up. Ask Ronnie, he’ll tell you [laughs].

Any idea when and where they’re likely to be?
Well, it’s going to be this year! We’re in October, so it has to be quite soon.

Keith recently published his autobiography, as you’ve been asked to do on several occasions. Do you think the time will come when you’ll want to write your own account?
No, I don’t think so… I’d have to do it again! I was offered a huge sum of money… I don’t think so at the moment. Is that alright?


You can read our round up of the Stones’ recent 50 & Counting tour here, which includes reviews of both the July 6 and 13 Hyde Park shows.