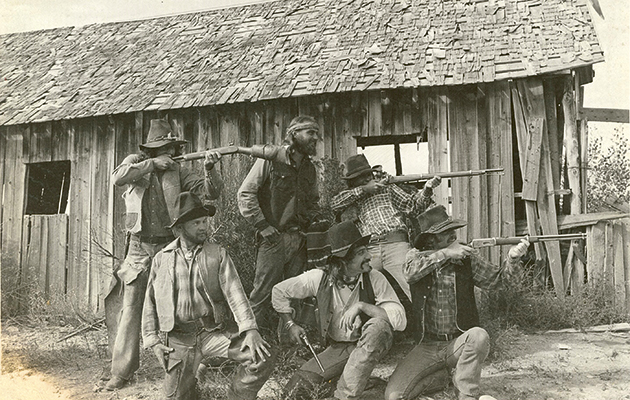 The next issue of Uncut is still a week or two away, but one of the features we have in there is a piece by Jason Anderson on the culture of reissue labels, and their quest to discover music of quality that has remained lost and unheard, even at this late date. One of the fervid and articulate record-hunters who Anderson interviewed was Ken Shipley, from the Chicago imprint, Numero Group.

Asked about the myth of crate-diggers finding these gems in record shops, Shipley was dismissive. “That’s just some fantasy shit that the media wants to portray of people on their stomachs crawling around on basement floors,” he told Anderson. “The reality is all the best records are in people’s houses. And really, the best stuff right now is stuff that’s undiscovered and people never even knew existed.”

It is sometimes hard to countenance that this “best stuff” genuinely exists. Surely, it’s more likely that rare records are now being rediscovered and repromoted due to a fetishisation of obscurity, rather than as a celebration of excellence? The Numero Group’s ongoing series of “Wayfaring Strangers” compilations eloquently suggests otherwise, bearing witness to the fact that great tranches of valuable music are still out there, having been hidden at the back of remote American attics for the past 40-odd years. The focus of “Wayfaring Strangers” is on private press records – releases on indie labels that were often little more than personal vanity projects. Copies would rarely number more than a few hundred. Distribution would mostly be limited to the artists’ neighbourhood and nearby towns. Ambitions would, almost without exception, be stymied.

Still, the post-Joni women collected on the “Ladies From The Canyon” edition of “Wayfaring Strangers” (2006), and the American Primitives who fill the “Guitar Soli” set (2008), suggest a rich hinterland of music-makers: briefly transcendent; ultimately thwarted. “Cosmic American Music”, the latest volume, is perhaps the strongest yet, evidence of how an adventurous idea of roots-rock permeated every level of the country’s music business in the 1970s. The Eagles might have been finessing frontier tropes for a mainstream rock audience, and becoming America’s biggest band in the process. But at the same time, Chapel Hill’s Arrogance were struggling to be heard beyond their immediate environs – even though the strafed honky-tonk of “To See Her Smile” was every bit the equal of the songs released by their Hollywood contemporaries.

“To See Her Smile”‘s excellence is endemic of “Cosmic American Music”, and a good indication of how straitened circumstances and general obscurity did not mean that the records collected here sound remotely amateurish. There’s a fluency and craftsmanship consistently on show, far removed from any assumptions about naïve art or outsider music – not least when Clarence White, prototyping his and Gene Parsons’ Stringbender gadget, adds plaintive steel effects to Mistress Mary’s ambling “And I Didn’t Want You”.

At least one of Arrogance, Don Dixon, ended up playing a critical part in the ongoing development of the sound, co-producing REM’s “Murmur” and “Reckoning” with Mitch Easter. White Cloud, meanwhile, harboured two key players: Eric Weissberg, who essayed “Duelling Banjos” on the Deliverance soundtrack; and frontman Thomas Jefferson Kaye, who would produce Gene Clark’s “No Other”. White Cloud’s “All Cried Out” is a small classic of country-soul, at once lush and distrait, and a useful reminder that Kaye’s fantastic, self-titled solo album from 1973 itself languishes mystifyingly out of print.

Keen students of the genre will recognise a couple more “Cosmic American Music” contributors from other recent reissues, notably Colorado ex-Marine Kenny Knight: his louche chugger, “Baby’s Back”, resurfaced with its 1980 parent album, “Crossroads”, on the Paradise Of Bachelors label a year ago. The outstanding FJ McMahon, likewise, has had his Fred Neil-ish “Spirit Of The Golden Juice”, dating from 1969, in circulation via Rev-Ola since 2009. Bill Madison, whose “Buffalo Skinners” could plausibly be the work of Bert Jansch circa “LA Turnaround”, apparently saw his “Sunday Mornin’ Hayride” (1973) slipped back out on Yoga around the same time.

They, thus far, are the lucky ones. Explaining the competitive ethos of the reissues business, Ken Shipley told Jason Anderson that “You gotta keep this shit super tight,” and as a consequence it’s hard to know whether, for instance, the rest of Sandy Harless’ “Songs” is a match for the delicately Gene Clarkish “I Knew Her Well”. Harless’ bad luck is twofold. First, he paid for the recording of “Songs” from the profits of his “27-tank fish-breeding business”, only to be ripped off by a sham record label. Second, his faint online profile is overshadowed today by that of a female singer sharing the same name. The second Sandy Harless is a strenuously Christian proselytiser: her vision of cosmic American music may not, one suspects, be quite the same thing at all.