The Making Of… The Troggs’ ‘Wild Thing’

This primal blast of sexual energy – penned by Chip Taylor and later hijacked by Jimi Hendrix – would prove an immediate ’66 hit for Reg Presley and his ‘proto-punk’ beat boys... Reg, manager Larry Page, writer Chip Taylor and more explain how the iconic song was made. From Uncut’s April 2009 issue (Take 143)… ___________________ 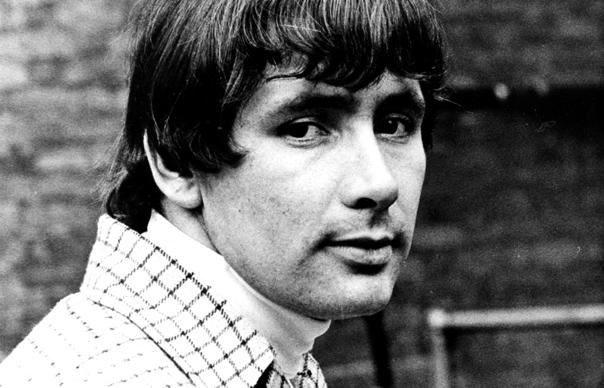 This primal blast of sexual energy – penned by Chip Taylor and later hijacked by Jimi Hendrix – would prove an immediate ’66 hit for Reg Presley and his ‘proto-punk’ beat boys… Reg, manager Larry Page, writer Chip Taylor and more explain how the iconic song was made. From Uncut’s April 2009 issue (Take 143)…

One of the great, indestructible rock’n’roll songs, “Wild Thing” has survived assaults from The Goodies and, in disco form, Suzi Quatro. Arguably, the best-known version is by Andover’s The Troggs, but they weren’t the first band to record it. “Wild Thing” was written by Chip Taylor, brother of the actor Jon Voight, for The Wild Ones, the house band at New York discothèque, Arthur, run by Richard Burton’s former wife, Sybil.

There is some dispute about who proposed that The Troggs record the song. The band’s manager, Larry Page, insists it was him, while singer Reg Presley suggests that Page was pushing for a cover version of a Lovin’ Spoonful track. But there is no denying the primal power of the recording, which reached No 2 in the UK, and topped the US charts in the summer of 1966. It was subsequently hijacked by Jimi Hendrix, and has become a rock’n’roll classic, revived recently by Prince, who performs it as part of a medley with Tommy James And The Shondells’ “Crimson & Clover”.

“First of all, the groove is so good,” says Taylor. “But the biggest thing that ‘Wild Thing’ had was the silence. I never heard anything like that. That’s the magic of ‘Wild Thing’. Silence is the biggest chill factor you can get in music, and there’s no better pause in rock’n’roll than the pause in ‘Wild Thing’.” Alastair McKay

Chip Taylor, songwriter: I got a writer’s job in the Brill Building area. I had a room and a piano and a telephone and a window that overlooked 7th Avenue, Broadway and 51st Street. I was writing these organic things that sounded a little Memphisy. I got a call from Gerry Granahan, a writer and A&R executive for United Artists. He said: “I have a group I’m recording, called The Wild Ones. We have three songs, and to tell you the truth I don’t love any of them.” He said: “I’d like to get some cool little thing. I wondered if you had something you could send me over.”

Chuck Alden, Singer, The Wild Ones: We were making a circuit of all the clubs in Manhattan, and we heard about a new club called Arthur that was going to open. The band that went in there was going to be a success because Sybil Burton was one of the shareholders. We had the right look, the right attitude, so they hired us. We did whatever was current – Beatles, Motown and such. When you were in there you were relegated to being a dance band, because that was one of the first discothèques.

Taylor: I didn’t have many tape recorders to save my ideas. The way I would remember songs was just play them over and over. I was a very simple, unschooled guitar player. So I started banging out these chords, and it almost sounded like a drum as well as the guitar because you could hear the beats my thumb was doing. I was just looking out in the street and letting this thing float, and all of a sudden it just felt terrific. It was just me closing my eyes and imagining I was with some sexy girl that I wanted to talk to: she was kinda mesmerised and I was trying to mesmerise her some more.

Alden: “Wild Thing” is not something I take pride in. It’s like I was holding my nose when I sang it. When you record for a producer, you do what they tell you to do, and that’s it, case closed. It’s spilt milk. I had nothing to do with it except to go in and try to put down a vocal. Looking back, I didn’t even do a good reading on it. If you listen to the demo, they had that little potato pie tin sound, banging away. The Troggs did it the way it should’ve been done.

Taylor: The Wild Ones’ version was a good little R’n’B record with harmonica, but it was more like a regular record, and not like the mad, uneducated thing I’d created.

Larry Page, The Troggs’ manager, producer: I’d done an orchestral album called Kinky Music and I had some stuff on the go in America. I had a meeting with [Columbia Records-owned publishing company] April Blackwood Music, and they said are you looking for material for groups? They brought in about seven or eight titles for me to listen to, one of which was “Wild Thing”.

Reg Presley, singer, The Troggs: I’d started to write songs. I don’t think Larry would have known, other than me saying, “Oh, I’ve got a song,” on the telephone. And I didn’t have a telephone in those days. I had to go to a little box. But he sent down “Did You Ever Have To Make Up Your Mind” by The Lovin’ Spoonful for us to do. Also sent with it was the old demo of “Wild Thing”, which Dennis Berger, who worked in the office, had got out of a heap of demos. He saw it and thought, ‘Ooh, that’d be good for The Troggs’. I really wasn’t into that kind of music [The Lovin’ Spoonful]. My influences were Louisiana Red and Lightnin’ Hopkins and the blues. When I finally got hold of Larry he said: “How did you get on with the harmonies?” I said, “Harmonies? On ‘Wild Thing’?” And he said, “Well, come up to London and we’ll do it.”

Page: Reg is into UFOs and he always used to say that if they asked him to go up there with them, he’d go. I get the feeling he’s been, and it’s affected his memory.

Chris Britton, guitar, The Troggs: We did “Wild Thing” and “With A Girl Like You” on the end of a Larry Page Orchestra session. We drove up to Olympic Studios in London from Andover in our battered J4 van, which took two of us to drive, because someone had to lean over and help turn the steering wheel. The throttle linkage broke, so we tied a bit of string on the carburettor leverage, and whoever was sitting in the passenger seat had to work the throttle… it was utter chaos. Anyway, we arrived outside Olympic, and Larry said, “Come on, load yourselves in.” We got in as fast as we could, did a quick runthrough to get a sound balance, played “Wild Thing”, played “With A Girl Like You” and we were back out in 20 minutes.

Page: When you hear that they went in and did it in one take… we had rehearsed the boys so we knew exactly what we had. We were going down on four-track, so there wasn’t a lot of mixing, but you had to get it right. The Troggs were rough when I first saw them and rough when I left them, but that’s the magic. It was such a basic song, but everyone had tried to over-produce it. We did add the ocarina, which Colin Fretcher played. Colin worked for me. He used to count the boys in. They weren’t a band that could count themselves in.

Britton: I’ve always been a bit heavy-handed and raucous. Keith [Grant], the engineer, managed to capture the sound quite well. I had two Vox AC30 amps,  one of which I had on flat-out top, and the other I had on flat-out bass, and not only did he put a mic on each amp, but he stuck one on the strings, so you get this slight plectrum noise on the strings – it gives it a slight acoustic quality.

Taylor: The Troggs’ record totally captured the feel of the demo, and it had that great little intro. The ocarina solo that you hear on Reg’s record, they copied that from my demo. I stomped on the floor and did this overdub, trying to get some power to it, and as we were listening back my engineer Ron Johnson did this thing, like when you cup your hands and put a blade of grass in there and you can make a whistling sound – he did it without the blade of grass.

Page: To me it was magic. But no-one else seemed to think so. I walked this thing around the BBC and everybody hated it. I came out and bumped into a producer named Brian Willey. He said to me, “How are you, Larry?” I said, “I’m actually pissed off, I’ve got a hit record here, and everybody hates it.” He said, “I don’t know if you know, but I’m doing Saturday Club, would you like me to put it in?” He’d never heard it, and he put it in the programme. On that one play, it took off. That’s the way hit records happen.

Presley: It was all so fast. I was working on a building, doing a gable end, when I first heard “Wild Thing” on the radio. There was a painter, and he was working on the scaffolding behind me, and when “Wild Thing” came on his transistor radio, he shouted over to me, not knowing who I was. He said, “If that ain’t No 1 next week I’ll eat my brush.” Well, the DJ, when it finished said: “And from 44 to No 8 this week…” and I thought: ‘That bastard could be right.’ I threw my trowel down, and I looked round the shed and said: “Share out me tools, I’m off.”

Taylor: Your big fear when you wrote a song was that somebody would not get the feel of what you were doing. That’s the one thing the Chip Taylor demo, The Troggs, and the Jimi Hendrix version have in common – the strum is this primitive, groovy thing that has a little in-between movement of your thumb that makes it almost sound percussive.

Presley: It was raw. Music was starting at that time to go towards flower power. A lot of people say we’re the first punk rock. Well, when you look back and see how the punks started, they’re probably bloody right.