Sun Kil Moon: “Among The Leaves”

Twenty years of touring and recording, of inspiration and graft for moderate acclaim, and it comes down to this. Mark Kozelek, the pivot of first Red House Painters and now Sun Kil Moon, is engaged in one more slog around Europe. It is not going well. 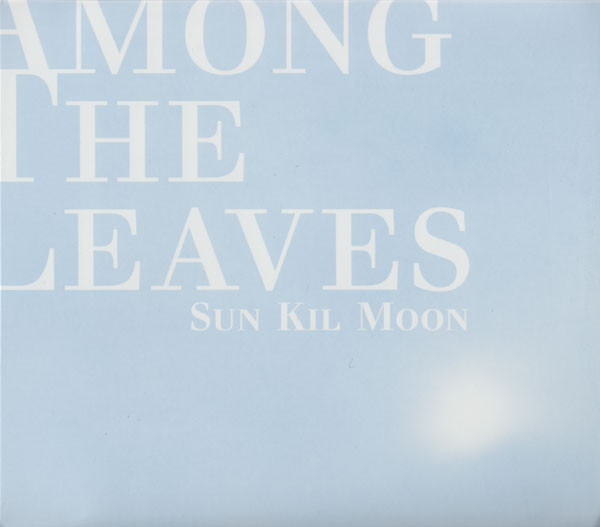 Twenty years of touring and recording, of inspiration and graft for moderate acclaim, and it comes down to this. Mark Kozelek, the pivot of first Red House Painters and now Sun Kil Moon, is engaged in one more slog around Europe. It is not going well.

In Helsinki (spoilers alert), he foists a bunch of new songs on an audience who want him to play early ‘90s perennials, flirts unsuccessfully with a local girl, and ends up back in his hotel room weeping for a dead cat. In London, a city Kozelek plainly despises, he is given a lunchtime festival slot only to be drowned out by a “retro ‘80s band” (scrutiny of the lineup and site map for Field Day 2011 suggests he may be referring to Connan Mockasin). There are “fucking shuttle buses”, poorly-attended gigs on boats, nights of “horseshit” in pubs, further thwarted seductions and, finally, a show in Belfast where Kozelek performs to a “half-empty room full of clowns”. “When I was done,” he sings, “some drunk Irish man said, ‘Worst night I’ve had since Bill Callahan.’”

At which point does a singer-songwriter stop romanticising his misery and, to some degree, start making a joke out of it? For Mark Kozelek, the penny seems to have dropped in time for his 12th studio album, Among The Leaves. The European tour yarns are drawn not from a weary interview, but from “UK Blues” and “UK Blues 2”, two songs near the end of this long, engrossing and unexpectedly droll record. Homesickness has been a recurring theme in Kozelek’s work; from the Red House Painters’ “Over My Head” (1995), to Sun Kil Moon’s “Third And Seneca” (2010). But where once it would be presented as a numinous poetic condition, now it is played for laughs as much as for pity; as if Kozelek has finally completed the transition from a protracted sensitive adolescence to a self-aware, albeit somewhat grouchy, maturity.

In many ways, though, Among The Leaves is entirely consistent with the rest of Kozelek’s fine catalogue: a familiar tragic history, repeated as comedy. His songs unravel slowly and delicately, freighted but not overwhelmed by the work of Nick Drake, Joni Mitchell, Paul Simon and Andres Segovia. Mostly, they consist solely of Kozelek’s voice – a voice that cannot help but sound dolorous, it seems – and his exquisite playing of a nylon-stringed Spanish classical guitar. There are songs about women he has loved, tried to love and wanted to love; songs about his hometown of San Francisco, and how he feels when he’s away from it; numerous allusions to boxers and cats.

The difference this time is that a fair number of the 17 tracks sound more spontaneous than usual – more like sketches, or documentary clips, than finely-wrought reveries. The opening “I Know It’s Pathetic But That Was The Greatest Night Of My Life” tells of another failed pick-up at a gig, this time in Moscow, and feels like an extract from a Sun Kil Moon song rather than a complete one; at 1:47, it’s roughly a third of Kozelek’s default length. But as Among The Leaves progresses, the fragments begin to flow gracefully into one, thanks to the sustained tone (sceptics would doubtless conclude that Kozelek’s songs all sound the same) and his artful knitting together of themes.
For a while, the songs dwell on promiscuity and deeply flawed old relationships. One lover is a crackhead who has run away from hospital (“Elaine”). Another leaves Kozelek for a substantially richer man (“The Winery”): she dines “at French Laundry, burning through money”; he’s “eatin’ pistachio nuts over by the taco truck”. Money remains an intermittent concern, though Kozelek’s management of his own label Caldo Verde, with its frequent live albums, rarities comps and special editions, should provide a model for minimalist singer-songwriters looking to earn a living out of their cult status.

If those loyal fans fetishise Kozelek as a doomed romantic victim, he is keen to put them right on Among The Leaves, and in some cases ridicule them. “My band played here a lot in the ‘90s when we had lots of female fans and fuck they all were cute,” he reflects in “Sunshine In Chicago”, “now I just sign posters for guys in tennis shoes.” “That Bird Has A Broken Wing”, meanwhile, suggests that Kozelek’s old penchant for covering AC/DC songs was due to an unexpected empathy with Bon Scott’s lusty sensibilities. “I’m half man, other half alleycat,” he claims, after complaining of a burning that turns out to be an STD picked up on tour (“Cipro” – presumably the antibiotic Ciprofloxacin – is cited as useful in these circumstances).

In the 2002 introduction to his book of lyrics, Nights Of Passed Over, Kozelek says of his formative records, “My younger, higher pitched voice had me cringeing. And fused with some melodramatic lines and cliché rhymes, I felt embarrassed.” Treasured as those Red House Painters albums may be, it is easy to see his point when comparing these wry narratives with some of the less nuanced angst on Down Colorful Hill, his 1992 debut. Nevertheless, a couple of outstanding group performances here do explicitly recall Kozelek’s earlier work: the title track, with its nimble, brushed beat, would have sat neatly on Ocean Beach (1995); while the electric churn of “King Fish” harks back to the stunned Crazy Horse jams that proliferated between Songs For A Blue Guitar (1996) and April (2008). Kozelek guested with old bandmates in similar settings on their Desertshore album earlier this year (“UK Blues” is a co-write with them), but it would be nice to see him grapple with that sound more extensively once again.

Perhaps a full band project is financially impractical as well as aesthetically undesirable. If Among The Leaves is an accumulation of anecdotes from the past two decades, “Track Number 8” reveals where Mark Kozelek actually finds himself in 2012. The title is unnecessarily self-effacing – “I wrote this one and I know it ain’t great/Will probably sequence it track number eight” – and the subject matter is songwriting itself. The itch that was an STD earlier in the album is now the creative impulse, which Kozelek describes as something of a curse, namechecking contemporaries – Elliott Smith, Mark Linkous, Acetone’s Richie Lee, Blind Melon’s Shannon Hoon – who he implies fell victim to it.

In the same song, though, he remembers as a child dreaming “of a life close to what I’m livin’.” He loves his neighbourhood, the local stray cats, and his girlfriend. “Sure there were others, but nothin’ this nice,” he sings artlessly of her, and one last shocking revelation about Mark Kozelek comes slowly into focus: at 45, for all the grumbling and snarky jokes, he might just have found contentment.