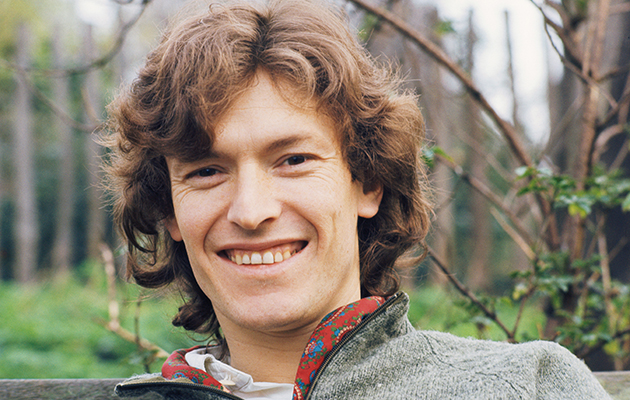 In early 1969, as British psych lost its vibrancy, the restless Winwood departed Traffic to play with his friend Eric Clapton, fresh from the disintegration of Cream. “Eric and I wanted to see if we could discover something peculiar to us, our own music.”

Teaming up with Ginger Baker and bassist Ric Grech, the new quartet, christened Blind Faith, recorded their only album, 1969’s Blind Faith, featuring some stunning Winwood originals such as “Can’t Find My Way Home” and “Had To Cry Today”. It topped the charts in Britain and America, but the pressure of being a supergroup in the new arena age was too much. “The music industry was just recognising that there was big money in playing arenas, but the music we were making, this folky, jangly stuff, didn’t fit in with the idea of heavy rock in arenas. I think the record stands up well, but to translate that onto the road at the time [was hard]. The equipment wasn’t good enough to project that to big audiences – you had to have 100-watt amplifiers, crank them up and have loud guitar. Not that there was anything wrong with Ginger’s playing, but perhaps it wasn’t the right sort of playing for what we were trying to do. But when we got out on the road trying to play these big venues expecting heavy rock, Ginger was quite handy to have doing that!”

After one tour – supported by Delaney & Bonnie, then featuring Mason – Blind Faith went their separate ways: Clapton to Delaney & Bonnie, and Winwood to writing and recording a solo album. However, the multi-instrumentalist soon gravitated back to Chris Wood and Jim Capaldi, and the trio reformed Traffic.

“I felt we really had something that was our own,” says Winwood. “I played most of the instruments? Well, you say that, but the flute and sax were crucial. Chris played the smallest part, but contributed the most to Traffic. He used to bring us music to listen to, Japanese classical, obscure American jazz. When we did these jams, he was the one in control of the recording equipment. And of course Jim played drums on everything and wrote the lyrics. There’s something we created which was quite special.”

The resulting album was 1970’s John Barleycorn Must Die, a success on both sides of the Atlantic, and in some ways a response to the folk-rock of Fairport Convention and their like. “Interestingly enough, the early folk scene in Birmingham was linked to Marxism and workers’ rights, but I don’t think Traffic gave that a second thought – it was purely the music we were interested in, not the political angle. In many ways, John Barleycorn… was one of Traffic’s great albums. We gelled on that very well.”

Three more albums followed in the early ’70s, including the elegant The Low Spark Of High Heeled Boys, which featured Ric Grech on bass along with Ghanaian percussionist Rebop Kwaku Baah. Still only in his twenties, Winwood also lent his talents to The Who (the 1972 LSO version of Tommy), John Martyn (’73’s Inside Out and ’77’s One World) and Viv Stanshall, on his solo debut, ’74’s Men Opening Umbrellas Ahead.

“He was fantastic to work with,” says Winwood of the former Bonzo Dog Band member, who also contributed lyrics to a number of Winwood’s solo gems, including 1977’s “Vacant Chair” and 1980’s “Arc Of A Diver”. “He was incredibly prolific and had the most amazing, vibrant mind.”

Like others from the counterculture, Winwood became a household name as the ’80s dawned, and his soulful, exquisitely produced music (not to mention, in Winwood’s case, wholesome good looks) made him a natural for this new, glossier decade.

If you watched MTV in the ’80s, you’d have spotted a host of new Steve Winwoods appear to replace the hippier version of old – here, in the video for “Back In The High Life Again”, is Steve, with a mullet and an XXL shirt, hanging out at the railway yard; there, in the clip for “While You See A Chance”, is Steve, decked out in a designer suit, with a wobbly white pyramid and a dry-ice machine; in “Valerie”, even a super-strength wind machine can’t blow away the ropey digital effects running across Steve’s fingers. Did it feel like a weird time? “It was weird,” says Winwood. “But, for me, if you strip away the production techniques and look at the songs and the music, then it’s not much different to what was going on with Traffic. We were being told that we had to make a video with some daft person’s idea of what you were supposed to do. And I was wrongly, perhaps, persuaded by some of that. But as far as the music’s concerned, I was still doing the same thing I’d been doing in Traffic, and still doing now.”

Divorce a song like “Back In The High Life Again” from the hair mousse, Fairlights (“You name it, I had all the things!”) and gated drums, and Winwood has a point – he was still on the same musical mission, except this time he was selling millions of units across the world and becoming a mainstay of AOR radio. “In the ’80s and ’90s, the retailers, the radio stations and the record companies were all working together, supposedly, in some wonderful way… But that was a bubble waiting to burst [laughs], and I don’t lament that bubble bursting too much!”