Thanks to Damien Love for reminding me to blog about this. It's been on my radar for a couple of weeks, but it's only since Damien emailed me a Youtube link to a trailer earlier today that I've finally got something to write about. 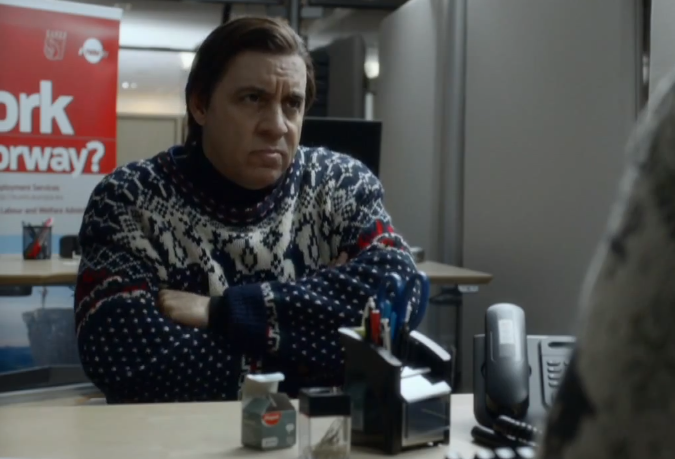 Thanks to Damien Love for reminding me to blog about this. It’s been on my radar for a couple of weeks, but it’s only since Damien emailed me a Youtube link to a trailer earlier today that I’ve finally got something to write about.

Lilyhammer is the latest Scandinavian series to be picked up by BBC4, who’re clearly enjoying the successes brought them by The Killing and Borgen. Lilyhammer, though, seems a pretty different proposition: principally, it is a comedy, with Steve Van Zandt playing (of course) a New Jersey mobster, Frank Tagliano, who enters the Witness Protection Programme and gets relocated to Lillehammer, in Norway, a town he claims to have loved since it hosted the 1994 Winter Olympics.

From the trailer, it all seems like great fun, with Van Zandt channeling his Sopranos‘ character, Silvio Dante, some broad fish out of water comedy, and what looks like glimpses of a wider series arc, involving Frank’s attempts to set up a club in Lillehammer.

Incidentally, it looks like Frank’s jumper, glimpsed here, might prove just as iconic as Sarah Lund’s Faroese sweaters in The Killing.

No word yet on when the BBC will air it, but for those with access to such things, all eight episodes of series 1 are being streamed over at www.netflix.com.