Some thoughts on Kurt Cobain: Montage Of Heck 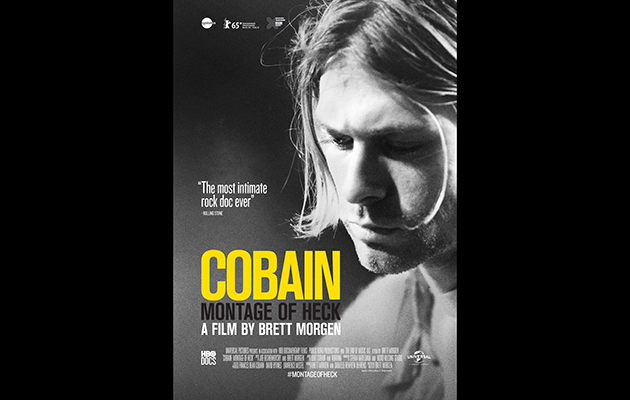 In the final chapter of her excellent memoir, Girl In A Band, Kim Gordon writes about performing with the surviving members of Nirvana last April, during their induction into the Rock And Roll Hall Of Fame. Gordon describes the “the furious sadness” she still felt at Kurt Cobain’s death, 20 years previously. Cobain – and Nirvana – continue to exert a particular pull; indeed, one of the most surprising things about Brett Morgen’s documentary is that this is only the first authorised film to appear since Cobain’s death in April, 1994. What’s also a surprise is how good Kurt Cobain: Montage Of Heck actually is. Filmed with unrestricted access to Cobain’s archive – audio material, diaries, home videos – Morgan’s film is the whole thing.

Morgan’s tacit thread running through Montage Of Heck concerns families. At first, this means Cobain’s own relationship with his mother (good) and father (difficult); later on, the equally tricky one that he experiences with his wife, Courtney Love, and daughter Frances Bean. Cobain was raised in Aberdeen, Washington, described as “a lovely, awesome place to raise children” by his mother, Wendy. At this point, would have been instructive to hear more from Cobain’s estranged father, Don; if only to hear his side of the story in more detail.

Like all teenagers, Cobain struggled to fit in. In his teens, there is marijuana – “the ultimate form of expression” – and then punk rock. “I was completely blown away,” he says in a recording. “It expressed the way I felt, socially and politically.” Cobain’s immersion into the underground, and the friendships and alliances he forms with likeminded souls; chief among them, Krist Novoselic, who becomes Nirvana’s bassist. Novoselic is one of Morgen’s key interviewees: an articulate man, whose relatively low profile since Cobain’s death lends a freshness to the documentary.

Novoselic provides a sympathetic guide us through the first hour or so of the film, as Nirvana find an excitable and hungry audience for their music. Morgen’s film considers the complex, self-conscious relationship Cobain and Nirvana had with their success. The arrival of Courtney Love offers a change of perspective. Considering the way Love and Cobain’s relationship became embedded in the tabloid landscape, there’s inevitably something uncomfortable about watching the home footage of them larking about, semi-clothed, in bedrooms.

They are not easy company to like: infantile and, considering their status, mostly embittered, they routinely goad each other into increasing levels of snark. The footage of Cobain, bouncing Frances Bean on his knee, mumbling The Muppets’ “Mahna Mahna” to his infant daughter, is sad and shocking for the unflinching way it depicts the debilitating influence of heroin on Cobain. His face is covered in scabs, his eyes barely focussing. The film ends with Nirvana’s performance of “In The Pines” on MTV Unplugged. “I’ll shiver the whole night through” Cobain sang, in doing so transforming this traditional American folk song into a haunting piece about addiction.