At the conclusion of Se7en, his second film as director, David Fincher memorably gave us Gwyneth Paltrow’s severed head in a box. In many respects, he has been producing heads from boxes ever since. 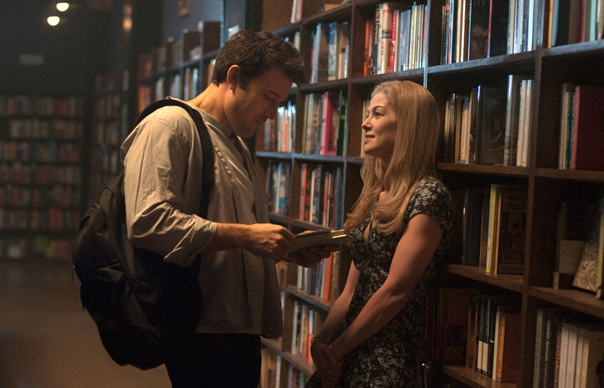 At the conclusion of Se7en, his second film as director, David Fincher memorably gave us Gwyneth Paltrow’s severed head in a box. In many respects, he has been producing heads from boxes ever since.

Fincher’s best films are dominated by queasy third-act revelations, bracing plot twists or convulsive violence. Like Hitchcock, Polanski and De Palma in his prime, Fincher is interested in the anxieties of people who have had the rug pulled out from underneath them – whether that be Homicide Detective Mills in Se7en, investment banker Nicholas Van Orton in The Game, the unnamed protagonist of Fight Club, Panic Room’s besieged single mother Meg Altman or obsessed newspaper cartoonist Robert Graysmith in Zodiac. Each of them has disappeared down the rabbit hole in a Fincher film and endured the director’s various puzzles, traps and tricks.

Critically, though, Fincher is very good at drawing us into the lives of unlikable protagonists. You might cheer at the humiliations foisted upon the toxic Van Orton, but you find yourself rooting for him in the end. Equally, what is it that eventually endears us to Tyler Durden and his terrorist outrages in Fight Club, or the egotistical, sullen Mark Zuckerberg in The Social Network? As it transpires, Fincher does sympathy for the devil particularly well. That is very much in evidence in his latest film, Gone Girl – his tenth film as director, and his sixth literary adaptation.

As with Fight Club and The Girl With The Dragon Tattoo, the material is pulpy and sensational.. Ostensibly, it is a thriller, about a husband – Nick Dunne, played by Ben Affleck – who discovers on the day of his fifth wedding anniversary that his wife, Amy (Rosamund Pike), has vanished; possibly kidnapped. As things progress, we discover their marriage is not as perfect as it may at first have seemed. After Amy’s disappearance from her home, the police discover small traces of blood; doubt falls on Nick and as with Cary Grant is Suspicion, it becomes apparent that Nick’s foursquare charm may conceal a darker aspect to his character. Indeed, there is a lot of work done here to present Affleck in his now-familiar guise as a likeable everyman, only to watch that unravel: is there any greater cinematic past-time than watching Affleck getting debagged? The first hour effectively runs two narratives in tandem. Initially, it’s a police procedural as the local police investigate Amy’s disappearance; a Greek chorus of tabloid television presenters offer their own theories.

Meanwhile, Fincher uses flashbacks and voiceover from Amy’s diary to document the trajectory of her and Nick’s relationship. What emerges here is instructive. We discover Nick was a successful writer living in New York while “Amazing Amy” was the inspiration for a series of best-selling children’s novels; they marry, but move back to Nick’s hometown in Missouri to look after his dying mother; the recession hits; they endure a series of unfortunate setbacks until their marriage has become entirely toxic. By the time they reach their fifth wedding anniversary, neither of them is the person they hoped to be, and their disappointment in themselves and their partner manifests itself in surprisingly unpredictable ways. Nick becomes unfaithful; he is prone to violence. In the first instance, then, Fincher invites us to root for Amy and regard Nick as the bad guy; but, of course, how much of this itself is just Fincher playing yet more games with his audience?

The second hour, however, finds the story developing in an unexpectedly volatile direction, as Fincher delights in pulling the rug not only from underneath his characters – but the audience as well. Both Nick and Amy are unreliable narrators, and both are highly adept at deception. As events progress, the plot takes on a feverish quality – Gillian Flynn’s source novel and screenplay are essentially soap opera on a grand scale – but as his adaptation of The Girl With The Dragon Tattoo proved, Fincher is skilled at elevating this kind of yarn and, more importantly, he keeps a firm hand on the plot as it segues from one outlandish moment to the next.

If Affleck is the focus of the first half, Pike takes centre stage for the second. It is a surprising performance; demanding a lot of the actress, as she is required to shift from “Amazing Amy” to the increasingly angry and disappointed woman stuck in Missouri; and how she manages those frustrations. Elsewhere, there is good work from Carrie Coon as Affleck’s twin sister Margo, Neil Patrick Harris as Amy’s former boyfriend and Kim Dickens and Patrick Fugit as the two police officers assigned to investigate Amy’s disappearance. Fincher regulars Trent Reznor and Atticus Ross provide a suitably unnerving, though discreet, electronic score.

But as Gone Girl reveals its secrets, it becomes open to different interpretations. Is it a film about marriage? Or how people become hemmed in by circumstance and the wrong choices? Or perhaps it’s a study of violent revenge, or trial-by-television culture? Admittedly, it’s not Fincher’s best – and I wish he’d step away from the airport thrillers now – but if nothing else, Gone Girl is at least a superior diversion. And, critically, at least there are no surprise Nazis in this one.