Anyone who happened to catch Graham Norton's show on Friday night might have been surprised to see Richard Ayoade sharing the sofa with Kylie Minogue, Russell Crowe and Cameron Diaz: chat show royalty, and Ayoade's presence among them suggests things have turned out very well for the bloke from The IT Crowd. 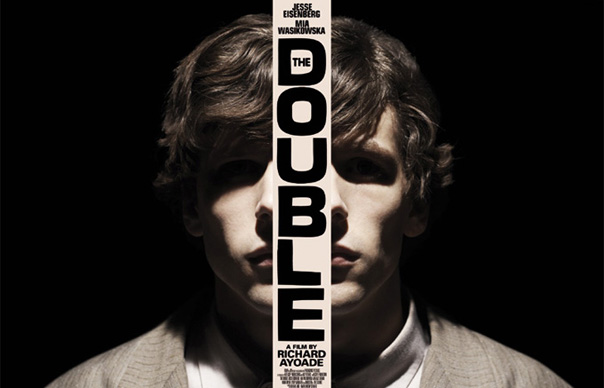 Anyone who happened to catch Graham Norton’s show on Friday night might have been surprised to see Richard Ayoade sharing the sofa with Kylie Minogue, Russell Crowe and Cameron Diaz: chat show royalty, and Ayoade’s presence among them suggests things have turned out very well for the bloke from The IT Crowd.

Admittedly, Ayoade’s career has followed an unusual trajectory. On the surface, the idea of an actor graduating from hit TV sitcom to the movies is as old as they come. You only have to look at Chris O’Dowd, Ayoade’s co-star in The IT Crowd, for evidence of a successful transition from small to large screen. Yet, Ayoade has not played a conventional game. His only concession to Hollywood was The Watch, a 2012 comedy starring Ben Stiller, Vince Vaughn and Jonah Hill about an inept Neighbourhood Watch outfit, whose release was hit by external factors from the killing of Trayvon Martin to the opening of the Olympic Games.

But for those after for a better understanding of Ayoade’s strengths should turn to his directorial debut, Submarine (exec produced by Stiller), a Wes Anderson-ish comedy from Joe Dunthorne’s novel. In Submarine’s neurotic teenage protagonist Oliver Tate, Ayoade continued his exploration with outsider figures that began with ultra-geek Moss in The IT Crowd, and further expands in his second film as director, The Double.

The Double focuses on Simon James, a mild-mannered office drone played by Jesse Eisenberg, who is low on self-esteem and all but ignored by his work colleagues. Simon’s world – such as it is – gradually gets dismantled with the unexpected arrival of a new employee, James Simon (also Eisenberg), who is everything this interloper isn’t: smart, funny, outgoing. Before long, James has got the kudos and the girl (Mia Wasikowska) Simon craves.

Based on a Dostoyevsky novella, The Double as straightforwardly likable as Submarine. Much of that, inevitably, is to do with the deliberate passiveness of Simon and the arrogance of James; neither of which are commendable qualities in a main character. Beyond that, it’s possible that the film’s tone – deliberately downbeat, everything shot in a perpetual, fog-shrouded night – might prove too claustrophobic for audiences expecting something as accessible as Submarine. With its heavy sense of Orwellian menace and bureaucratic tedium, Brazil is an obvious touchstone here, although The Double lacks the anarchy or indeed the lightness of touch at work in Terry Gilliam’s film. Other critical reference points include Eraserhead and the dry comedies of Aki Kaurismaki. Although some might find The Double too arch, it’s possible to admire the intelligence with which Ayoade constructs every detail of the film’s narrative and the almost mathematical thought processes behind the film’s gradual build into inspired absurdist farce. Among many cameos – Chris O’Dowd, Paddy Considine, Noah Taylor – perhaps the appearance of Chris Morris finally gives us a clue where Ayoade is going here. In the end, with its nightmarish, disturbing surrealism it resembles an extended sketch from Morris’ late night series, Jam.