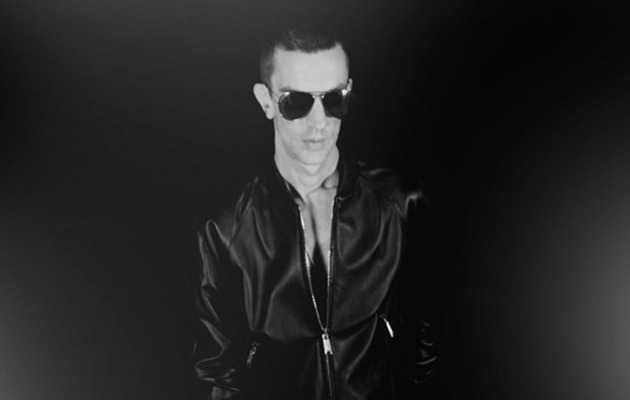 Richard Ashcroft seems to have been definitively caught in the public imagination by the iconic video for The Verve’s “Bittersweet Symphony”: the swaggering, leather-jacketed loner, striding determinedly down a one-way street, too lost in thought and dreams to acknowledge the world around him. When The Verve escaped from the suburbs of Wigan in the early ’90s, he was quickly dubbed “Mad Richard” for his wigged-out onstage antics and astral-plane demeanour.

And though his recent albums have presented a calm, level-headed singer-songwriter – acclaimed even by Chris Martin – earlier this year he was arrested for reportedly walking into a teenage centre in Wiltshire and declaring he was going to be doing some youth work. But in person, on the eve of a European tour, he’s alert, sharp-witted and funny, dragging merely on a succession of Marlboro Lights. Indeed the only sign of cosmic consciousness, as he answers Uncut readers’ questions, may be his unerring ability to find all kinds of hidden connections: between Keith Richards and Burt Bacharach, family and religion, Ricky Gervais and The Beatles…

You once said that you were confident you would soon be able to fly. How’s that coming along?
Chris O’Malley, Royston
Haha. I was really trying to project a state of mind. That one phrase got me coined as Mad Richard. But it just felt like, coming out of the 1980s, apart from a couple of bands like The Stone Roses, there wasn’t anyone projecting this idea that you could rise above where you come from, that you could take things to another place. It was about putting something in your head and really going for it. Unfortunately, I haven’t yet levitated. But metaphorically, I’ve travelled… Eight miles high, in different ways!

Your mum tells me that you used to have a picture of me on your bedroom wall – is that true?
Mani, Primal Scream
Haha! What it was, was that when I was a kid I shattered some old vinyl, stomped on some old records, and out of the fragments I wrote “Made Of Stone” and put it on my wall. There wasn’t a picture of Mani, no – but there should have been! He’s a legend, I love him to bits. He’s one of the key people who got me going in this business in the first place. One the best spirits in rock’n’roll, without a shadow of a doubt.