Fans of BBC’s Sherlock will know that the legendary detective has what he calls a Memory Palace, in which he is given to roam around, looking usually for clues to mysteries galore. My own equivalent is a sort of Memory Shed, where I am inclined to potter, most recently after reading Peter Watts’ excellent cover story on The Ramones in the current Uncut. 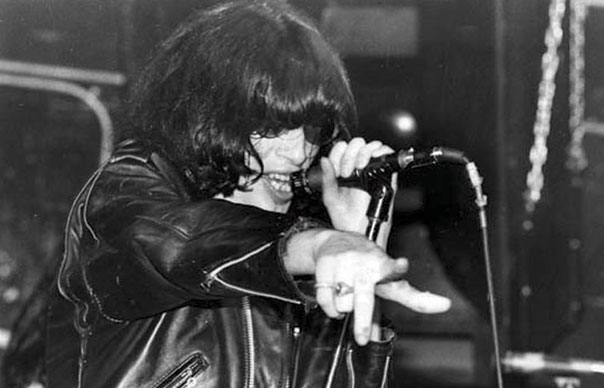 Fans of BBC’s Sherlock will know that the legendary detective has what he calls a Memory Palace, in which he is given to roam around, looking usually for clues to mysteries galore. My own equivalent is a sort of Memory Shed, where I am inclined to potter, most recently after reading Peter Watts’ excellent cover story on The Ramones in the current Uncut.

I can’t now remember what coincidence of planetary alignment in May, 1977 might have been responsible for the appearance over the same weekend in Glasgow of the four most celebrated bands of the so-called CBGB generation. Whatever: it’s announced that on Saturday night in Glasgow, The Ramones will be playing at Strathclyde University, supported by Talking Heads. On Sunday, at the fabled Glasgow Apollo, Television will be making their UK debut, with Blondie opening.

The next thing you know, I’m on a plane north from London to write the whole thing up for a cover story – GLASGOW’S BURNING! – for what used to be Melody Maker, said piece the first in what turns out to be a series of reports from the city on the local response to the musical insurrection of punk.

To which end, early on Saturday morning I’m out in the city centre, looking for someone who might give me a clue to what’s happening here. Coming out of a record shop, I bump into 17-year old Tim Niblock, blond hair cropped like Paul Simonon and despite his Grateful Dead T-shirt clearly someone who may have seized upon punk with the desperate vigour of a drowning man clutching at random flotsam. This indeed turns out to be the case, Tim, just out of school in nearby Newton Mearns, with no immediate prospects of unemployment, finding in punk, as he tells me, loud echoes of his own frustrated ambitions.

“The music’s given me hope,” he says, adding that if he is quoted in the feature I am going to write he would like to be identified by his punk alias. Which is what, Tim?
“Er,” he says, clearly making this up as he goes along. “Scat Rabies!” he says and I give him a look that tells him this doesn’t sound too cool.

We decide there’s nothing wrong as a name with Tim, and now he’s telling me about the previous weekend when he’d hitched to Edinburgh to see The Clash – “magic band!” – and had no complaints about having to sleep rough that night because after the show he’d met Joe Strummer. Like The Sex Pistols before them, The Clash had been prevented from playing Glasgow by the city’s Lord Provost, who had also tried to ban The Ramones.

“Glasgow has enough yobs of its own,” he had bellowed from the pages of the local paper. “We don’t need to import them.”

Tim is loud in defence of punk, which is being blamed for a lot of local violence. It’s not the punks who are causing the trouble, he insists. It’s superannuated old hairies, belligerent Glasgow hippies, if you can believe it. Which I don’t until we fetch up in a bar called The Blenheim – “a hippie stronghold,” according to Tim – and we are accosted by a tattooed alky longhair with dismal teeth who gives us a right bollocking, shouting like a wino and threatening to thrash us senseless because it has taken root in his festering imagination that all punks are derelict scum with a taste for the flesh of small children.

Not long after this, we are at Stratchclyde University watching Talking Heads play through an entire set by way of a soundcheck, watched by a small crowd of Glasgow’s self-appointed punk elite. There’s great excitement when The Ramones lurch into view for their soundcheck and alarm when after about two number played at a volume slightly less deafening than a nuclear explosion blow out half the PA.

Their tour manager makes a series of hasty phone calls and rushes of to the Apollo to borrow some gear from, of all people, American singer-songwriter Dory Previn, an unlikely saviour. The gig that night, by the way, is fantastic and I feel duly contrite about the scathing review I’d written of The Ramones London debut at The Roundhouse a year before, a gig I vividly remember attending in an apocalyptically bad mood.

The next night, at a sadly half-full Apollo, you see a lot of the same punk faces who’d blagged their way into the Ramones show. Blondie take the stage, clearly pissed off about something, a mood that makes them quickly tiresome. They’re about to play “X Offender” when Debbie Harry calls a halt to the proceedings. “WAITAMINUTE!” she shrieks, the band screeching to a halt, confused at her outburst. There’s a hasty conflab, a bit of swearing – “AWWWW, FUCK!” Harry howls – and they complete a miserable set, Chris Stein flinging his guitar at drummer Clem Burke as he stalks off in a huff.

This is pretty much what I’ve been waiting for the whole weekend, Marquee Moon an album of which I am in utterly besotted awe, and for the next 75 minutes Television are truly transcendent. They play “See No Evil” and “Venus” and “Elevation” from the album, “Foxhole” and “Adventure” from what will be its follow-up, a long, long version of their first single, “Little Johnny Jewel”, and then – what’s this? Good Christ, it’s “Knockin’ On Heaven’s Door”! “Friction” follows, then Tom Verlaine, pale as an angel, speaks softly to us, possibly his first words tonight.

“It goes like this,” he says, “and it’s called ‘Marquee Moon’.” Cue jaw-dropping astonishment as about 20 minutes later Verlaine and co-guitarist Richard Lloydreach a pitch of screaming intensity, Verlaine suddenly hit from all sides by spotlights. They split, return for one encore – another huge surprise, a storming version of “Satisfaction”, no less.

Thirty years on, the thrill of it all comes back to me with a shuddering clarity. If you were at either or both of these shows in Glasgow that momentous weekend, I’d love to hear from you, and if you see Tim Niblock, last heard of in Australia, say hi for me.