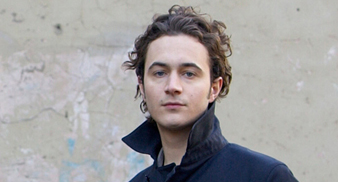 UNCUT: There are a lot of songs about death on this album…

Tom Smith: A few things have happened to me over the last couple of years that have made me feel closer to it than I ever have before. But it’s kind of colliding with warmth and love on this record. We tried to touch on death in a way that wasn’t totally morbid.

TS: We had built up confidence from touring for the last 20 months, so we weren’t afraid of trying new things – be it piano, acoustic guitar, strings. It wasn’t that we had this idea to make a huge-sounding record, it just kind of happened that way.

TS: Not really. I think we would have, had it not been a happy experience. But we never felt like we were taking the songs where they shouldn’t go. We just try to make music that gives us a buzz and makes the hairs on the back of our necks raise, and I think that as long as we’re still doing that, it’ll be all right.