I was struck by a couple of tweets this morning from Peter Watts (@peter_watts and the author of this month’s Ramones cover story in Uncut). The first ran, “I read the word 'liminal' in the Standard the other day. I think that's psychogeography's 'hippie wigs in Woolworths' moment.” 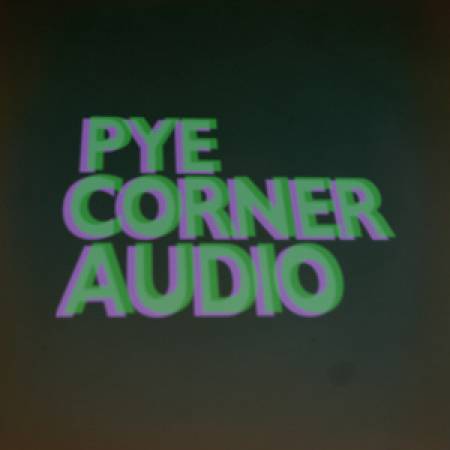 I was struck by a couple of tweets this morning from Peter Watts (@peter_watts and the author of this month’s Ramones cover story in Uncut). The first ran, “I read the word ‘liminal’ in the Standard the other day. I think that’s psychogeography’s ‘hippie wigs in Woolworths’ moment.”

The second linked to a graph showing the radical increase in literary use of ‘liminal’ in the past 20 years. It’s indicative, perhaps, of a certain crepuscular aesthetic gaining serious cultural traction: of the preoccupations of goth informing narratives of place (I just finished reading, with reservations, Gareth Rees’ “Marshlands”, a study of my favourite part of London, Walthamstow and Hackney Marshes) and migrating into more critically acceptable areas; like, say, hauntology.

It was a timely reference, since there are a couple of records redolent of all this that I’ve been playing a lot for the last fortnight, in spite of my residual suspicions of the whole schtick. Pye Corner Audio, for a start, has strong affiliations with the Ghost Box label, nexus of hauntology and a scene that, while producing some fine music (notably the Broadcast & The Focus Group collaboration) often feels like a bunch of ‘70s TV theorists and Bagpuss fetishists finding academically justifiable ways of saying that “Children Of The Stones” was kind of scary.

A degree of subterfuge and whimsy surrounds British producer Martin Jenkins, not least his generally anonymous role as “The Head Technician” of Pye Corner Audio. “Black Mill Tapes Volumes 3&4”, however, is very pleasing because it indulges in another kind of nostalgia: as a throwback to the point 20-odd years ago when Warp artists started appropriating German kosmische and Detroit techno for their own uncanny ends.

Jenkins’ track titles are a pretty useful indication of what he’s up to here, redolent as they are less of radiophonic phantasy and more of IDM’s crypto-scientific utilitarianism (though he doesn’t go quite as far as Autechre’s deranged chemical neologising). Seven of them are labelled “Electronic Rhythm”, while the album’s high point has a name as well as a sound that could have been lifted from The Aphex Twin’s “Selected Ambient Works Volume One”; ““Dystopian Vector Part One”.

There is, of course, plenty of the requisite creepy ambience in the mix, though Jenkins on this occasion seems, again, to be working closer to the artful murk of Boards Of Canada rather than the cut’n’paste ‘70s nightmares of some of his contemporaries. It’s an elegant reboot all round.

Writing a review of the new Bohren & Der Club Of Gore album the other day, I must confess I almost slipped in the word “liminal”, for my sins. In this case, the aesthetic is in now way hauntological, but a kind of finessing of the bohemian art-goth business epitomised by Nick Cave & The Bad Seeds in their Berlin phase, and the avant-garde, “respectable” redeployment of black metal by Sunn 0))) and their salon of doom.

Again, this is a scene that I have finite time for (age-old anti-goth feelings will linger, it seems). But, again, this German quartet’s records consistently transcend those misgivings. Essentially, Bohren’s big idea – heard to best effect on 2008’s “Dolores”, though most of their albums of the past 20 years are nearly as good – is to apply the melodically slothful heaviness of Sunn 0))) (and the tradition from which it derives, from Black Sabbath through Earth) to cocktail jazz.

It sounds like a ridiculous idea on paper but, as “Piano Nights” proves, it genuinely works. The trappings can be strained – not least the shots which accompanied a recent Pitchfork stream of the album, which focused repeatedly on candles being burned in beer bottles – but the music is substantially prettier and more restful than the blackened aesthetic might suggest, in much the same way as Angelo Badalamenti’s music for “Twin Peaks” and “Blue Velvet” operated shorn of its context.

Sustained Mellotron notes (they appear very keen on the choral setting) imbue the spare sax, piano and brushed cymbal manoeuvres with a fetching grandeur. And while “Fahr Zur Hölle” (“Driving To Hell”) is a predictable track name, the outstanding “Segeln Ohne Wind” (“Sailing Without Wind”) is a more serendipitous one.