In 2005, I went to a talk Ridley Scott gave to ahead of the release of his Crusader epic, Kingdom Of Heaven. 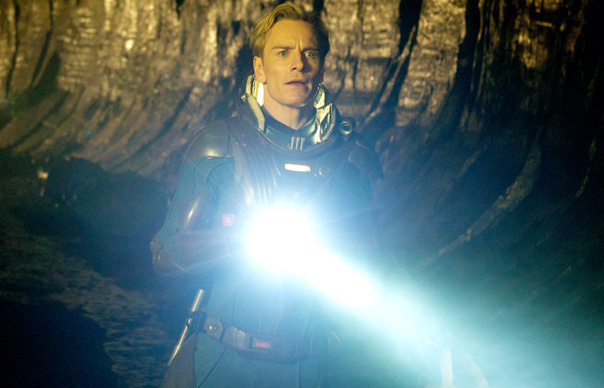 In 2005, I went to a talk Ridley Scott gave to ahead of the release of his Crusader epic, Kingdom Of Heaven.

At one point, I remember Scott spoke fondly about childhood visits to his local cinema in Teeside, and his discovery of directors like John Ford, Howard Hawks and William Wyler – journeymen filmmakers in the truest sense, able to turn their hands to any genre from comedy to combat dramas. It’s a model that Scott himself has broadly followed in a career that’s taken in historical drama, gangster flick, sci-fi, war movie and fantasy and runs to nearly 30 films. But unusually for a contemporary filmmaker in his position, Scott has never made a sequel or prequel to any his own movies. Until, of course, now – when Scott has returned to not just one of his most successful movies, but two: Alien and, due in 2014, Blade Runner.

You can’t help but wonder what’s prompted Scott to revisit two of his greatest achievements. Aged 74, you might assume Scott to be in a period of reflection, and perhaps finding symmetry and satisfaction in circling back to the two films that made his name. There are, perhaps, more pragmatic factors at work here. Scott’s last two films – Body Of Lies and Robin Hood – performed poorly at the box office, while the Alien franchise has been in the dumps since the woeful Alien Vs. Predator movies. While separately, neither a new Ridley Scott film nor a new Alien film are guaranteed successes, the combination of the two is a tantalising prospect: over its opening weekend in the UK, it took £9.92m – already more than the total gross of any of the Alien movies, and the biggest debut for any Ridley Scott film.

Prometheus, though, feels confined by the tropes and ticks from previous films in the series it appears duty bound to repeat. A ruthless corporation with a secret agenda? Check. The crew of a space ship who get picked off one by one? Check. A strong-willed heroine who spends at least 10 minutes of the film running around in her underwear? Check. Something nasty in those strange pods on the floor over there? Yep.

Scott and his screenwriters Jon Spaihts and Damon Lindelof bulk this out with some digressive Chariot Of The Gods-style musings on the origins of life on Earth. The starting point is the ‘Space Jockey’ from Scott’s original Alien film – the giant skeleton with its stomach blown outwards that the crew from the Nostromo found on a derelict alien spacecraft. What the Space Jockey is, where it came from, and how is it specifically connected to the Alien universe are all explored here in a fairly windy and convoluted fashion.

Indeed, while Scott’s first film was lean, claustrophobic, dark and nasty, Prometheus is the opposite. This is grandiose, widescreen, airy and while we do get to rummage through the bowels of various characters in as grisly way as you’d hope, the overriding mood is a sense of wonderment at the whole big crazy cosmic vibes of it all, dude. Conversely for a film in which 97% of the cast are dead by the end of it, the film ends of a note of hope. The 3D is convincing – sweeping shots along the Isle of Skye at the film’s start and footage of alien landscapes are genuinely stunning.

The journey to the other side of the universe is led by Dr Elizabeth Shaw, played by The Girl With The Dragon Tattoo‘s Noomi Rapace, who does intense and driven in a role that’s basically analogous to Sigourney Weaver’s Ripley. Shaw and her team of scientists and the crew of the Prometheus are following star maps laid out in ancient cave paintings in search of the ‘Engineers’ who created the human race. Along for the ride are a mostly forgettable supporting cast of cannon fodder/crew members, including Idris Elba as the Prometheus’ captain and Charlize Theron as an icy corporate exec. None of them are drawn as sharply as the crew members of the Nostromo (I always wonder how much input producer Walter Hill had on Dan O’Bannon’s original Alien script).

They’re all out-classed by Michael Fassbender, as David, an android who operates with increasingly independent motives. In one of the film’s best sequences, we see David on the Prometheus, keeping the ship running while the crew are in suspended animation. He spends his time watching Lawrence Of Arabia, dyeing his hair blonde in tribute and perfecting his impression of Peter O’Toole. Bowie in The Man Who Fell To Earth is another reference point. Scott shoots these scenes like Kubrick, and they have a strangely voyeuristic quality, as if we’re spying on the secret dreams of the android.

I’d have loved more little moment like this. As it is, Scott is compelled by market forces to make Prometheus as big and loud as he can. It’s by no means a disaster – it’s easily Scott’s best film since American Gangster – but I’d have liked something more muscular, more direct.