Prefab Sprout have recently announced their long-awaited return with a new album, Crimson/Red – to tide you over until its release on October 7, here's a piece from Uncut's September 2009 (Take 148) issue, where Paddy McAloon tells us about the music that changed his world, including Dylan, Bowie and Puccini. Interview: Sharon O'Connell 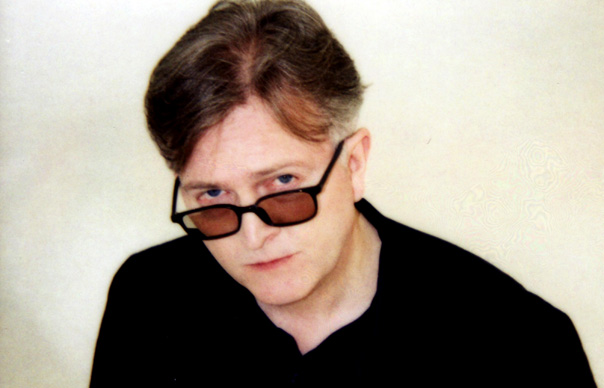 Prefab Sprout have recently announced their long-awaited return with a new album, Crimson/Red – to tide you over until its release on October 7, here’s a piece from Uncut’s September 2009 (Take 148) issue, where Paddy McAloon tells us about the music that changed his world, including Dylan, Bowie and Puccini. Interview: Sharon O’Connell

The first record I ever bought
Bob Dylan – Lay Lady Lay (1969)
In 1970, I was 13 and learning to play this long-necked Spanish guitar, which had been my mother’s. At school, I’d heard this gruff-voiced bloke that the older boys liked and this was so smooth – I couldn’t put the two things together. For me, this is about the gorgeousness of the record and the finger-breaking possibilities for a 13-year-old learning barre chords. The seductive overtones were probably lost on me.

The LP that urges me to try harder
Joni Mitchell – Mingus (1979)
Although The Hissing Of Summer Lawns is my favourite record of hers, I’m drawn to things I can’t do myself, and I couldn’t sit down and play a bar of this record. I’m not that sophisticated a musician, but there’s something gorgeous about it. The Hissing Of Summer Lawns is sublime, but as a writer, I sometimes hanker after the things I can’t get close to, and there’s entertainment in that for me.

The LP that sounds mysterious to me
David Bowie – Station To Station (1976)
Everyone talks about the influence of bands like Neu!, but he’s still got that funky thing happening with Carlos Alomar. It sounds like Bowie’s mid-way between two things and I like that. The music is mysterious – chilly and passionate at the same time. It’s in a kind of emotional no-man’s land; I wouldn’t want the guy to have to go back there, but it’s a glorious record and not like anything else.

The song that vindicated my love of pop
T.Rex – Ride A White Swan (1972)
I worshipped this record. I went to school at a Catholic seminary and this guy who was about a year older than me took me aside and warned me not to play it, because it was bubblegum – that was the word he used. He said it wasn’t “progressive”. I felt intimidated by this, but it was one of the great joys of my life when Marc Bolan made his transition from Tyrannosaurus Rex to a Top Of The Pops monster.

The LP that shows compilations can work
John Lennon – Shaved Fish (1975)
All the songs sound like singles – “Cold Turkey”, “Instant Karma”, “Power To The People”, “Woman Is The Nigger Of The World”. One or two were dropped at the end of his life for softer songs like “…Starting Over”, but I prefer the first version. There’s a unity of purpose and a kind of broadcast feel to it. Lennon adopted the Phil Spector production to his own ends and I just love that.

The record that proves melody is all
Puccini – Nessun Dorma (1926)
I love the fact that the melodies are so slow to unwind and it’s proof positive that you don’t need to know what a lyric is about to find something moving. They might be singing about something trivial, but it sounds glorious. Songwriters may downplay this, but it’s also the idea that somebody might know your tune and be able to whistle it. It’s the most mysterious gift of all – and Puccini had it.

The LP that’s always stood by me
The Beatles – Sgt Pepper’s Lonely Hearts Club Band (1967)
There’s a couple of songs on it that aren’t fantastic, like “Lovely Rita”, but the overall pull of the album transcends them, and I find the atmosphere amazing. McCartney’s bass playing, “A Day In The Life”. . . I know the consensus now is for Revolver, but Sgt Pepper deserves its status in the canon. The Beatles were always there for me, and this might be a cliché, but there’s a reason it’s a cliché.

The song that transcends kitsch
Isao Tomita – Snowflakes Are Dancing (1974)
This is a synthesised recreation of music by Claude Debussy; I first heard it in 1974 and it takes me back, but it’s more than nostalgia. I know it flirts very heavily with the fondue set, but it’s about appreciating the artistry of what someone can do, and the textures of this record are gorgeous. Half of my head thinks this is tacky, but it’s not easy to make machines do your bidding, and that’s why I like it.

The classical work with a tramp on it
Gavin Bryars – Jesus’ Blood Never Failed Me Yet (1972)
There was a revamped version released with Tom Waits and I thought that was a terrible error – to have a pretend tramp singing along with a real tramp. The original raises the notion of listening to one record through the template of another record and is built on this short loop, sung by a chap whose life has maybe taken a funny turn. It achieves a kind of grandeur that wasn’t ever really on the cards.

The song I love for sticking to its guns
Bob Dylan – Sad-Eyed Lady Of The Lowlands (1966)
Dylan admits that a lot of stuff he wrote just to get from one verse to some other point in the song. Whether it was amphetamines or whatever, he kind of went on a bit. Yet, I’m grateful that it’s 11 minutes, 29 seconds long, because if it had been three-and-a-half minutes, I’d have been putting the needle back to the beginning every time. It’s defying common sense and I like that.