In praise of Personal Shopper 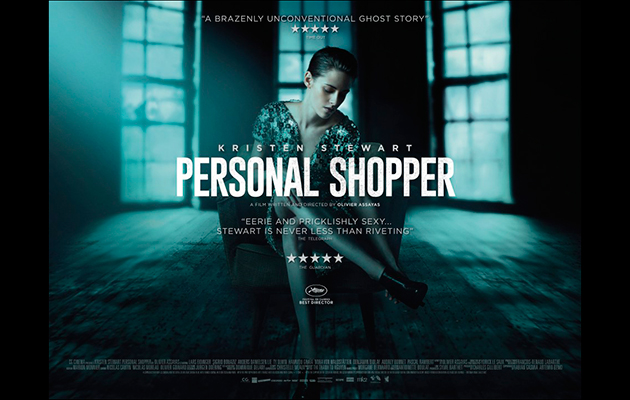 The first 10 minutes of Olivier Assayas’ new film find Kristen Stewart walking around an empty house, at night, in the dark. At this point, Assayas gives no clue as to the character Stewart plays or the purpose of this exercise. Throughout, Stewart is calm and blank; exactly the way most people wouldn’t behave as they walked round a creepy house in pitch darkness.

Stewart plays Maureen, who by day works as an assistant to Kyra (Nora Von Waltstätten), a German supermodel/designer based in Paris. Maureen’s job ranges from collecting high fashion garments and accessories for Kyra’s many engagements to installing updates on her MacBook. But Maureen is also a medium. The house Assayas’ showed us at the start of the film is the property where her twin brother, Lewis, died. We made this oath,” Maureen confides to Ingo (Lars Eidinger). “Whoever died first would send the other a sign.”

When the ‘signs’ come, they are a mix of the supernatural (full on ectoplasm shock) and the apparently mundane (anonymous text messages). Both in their way prove equally unsettling; and devilishly funny, in a Polanski way.
Stewart reteams with Assayas after Clouds Of Sila Maria (she also played an assistant to a demanding celebrity in that one) and Personal Shopper continues her run of faultless performances post-Twilight. There is a dark sadness in Maureen; she is like a ghost wandering through her own life. Yet she is also heartbreaking resolute in her pursuit of answers to big questions. “Lewis, is it you?” She asks during one disturbance. “Or is it just me?”