In the current issue of Uncut, I spoke to Bryan Ferry for our An Audience With… feature. Among the reader questions was one from Rob Emery, who asked ‘Why do you think Roxy Music got through so many bass players?’ 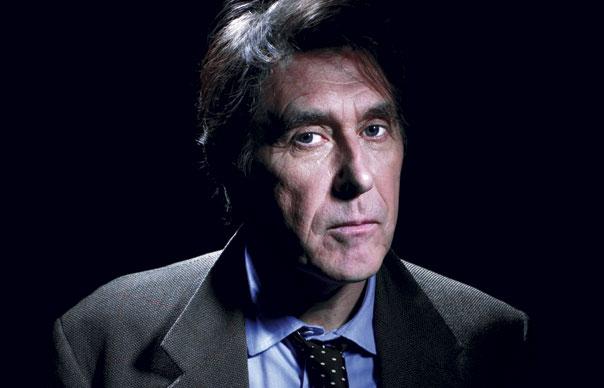 In the current issue of Uncut, I spoke to Bryan Ferry for our An Audience With… feature. Among the reader questions was one from Rob Emery, who asked ‘Why do you think Roxy Music got through so many bass players?’

Ferry spent the next ten minutes talking about every bassist who’s played with the band. The answer was far too long to print in the magazine, but for any Roxy fans who have ever wondered what kind of jazz albums original bassist Graham Simpson liked – or who Ferry considers ‘The one who got away’ – then here’s Bryan’s answer in all its glory:

“The first bass player was Graham Simpson, who sadly died last year. I was at university with Graham. He and I were the founders of the thing really. I worked together with him first on my songs, then Andy Mackay joined us, then Paul then Phil – oh, Eno as well, of course, before that. We had Davy List first for a while, then Phil. But Graham was there from the very beginning. Great guy. Very into jazz. He had a huge collection of jazz albums. Proper albums, like Blue Note vinyl stuff, you know. He loved Eric Dolphy in particular. He was a real hipster Graham, a very, very cool guy. Studied English at university where I was. It all got to him somehow. He got interested in Sufism, and I don’t know, I suppose certain psychedelics went with it, and by the time we had finished making the first album he didn’t want to be involved anymore. It’s happened with a few bands where somebody walks away, they just didn’t want it. I don’t know if he thought we were becoming too show business, dressing up for the first album cover. We thought we were just embracing the theatre of it, we thought it made the whole thing of doing it more interesting, we just thought it was fun – but I don’t think Graham liked that and he just disappeared. He went travelling and stuff. I never saw him again.

“Then there’s this guy called Rik Kenton took over, he was only there a short while. He did play on one of the tracks, but he didn’t play on an album. He might have played on ‘Virginia Plain’, but I can’t remember. Then there was a guy who toured with us, an American called Sal Maida, then a really interesting guy who is still a friend called John Porter, who was a guitar player who was in my band at college. He had a bass as well as his second instrument and he came and played bass for us, incredible bass, on For Your Pleasure, which is still one of my favourite records I’ve ever been involved with. John played on that and then he helped me produce my first solo album and played bass and guitar on that. He played on Another Time, Another Place but he wouldn’t join Roxy. I asked him to, and he did a few shows with us in ‘73. He’s on film at the Montreaux Festival with us. Fantastic player. He was really into a band called Little Feat, and that kind of thing really. I think he might have done some early stuff with Robert Palmer, which was also in that kind of shuffling funk kind of thing. John was always at Basing Street working there, then he went to America, and produced a lot of blues guys, like Buddy Guy, and now he’s living in New Orleans and before I die I’d like to go and record with him in new Orleans. So John was the one who got away.

“Then we had John Wetton, who was a fantastic player, he went off with his own band, he wanted to be a singer – he’s a good singer – a very good player, I still marvel at the bass on “Let’s Stick Together”. You can’t get people to play it as well as he did it. Then a wonderful player called John Gustafson. “Love Is The Drug” wouldn’t have been anything without the bass playing. It really bought that track alive. He originally played in one of those Mersey bands; I think it was called The Big Three. He was around at Beatles’ time. Then the last one was the wonderful Alan Spenner, who would still be in the band now if he hadn’t died, if the band hadn’t split up. He was a great admirer of Marcus Miller, who I ended up working with. It’s all down to feel, and it’s very hard to find players who play the bass well. You see guys in bands who stick with that band forever, who are good. The guy in U2 is very good, Adam Clayton. I suppose you could say Sting is a good bass player. I saw him play with The Police once, I thought he was a very good bass player. We played with Mani on the last album, he was very good, but he’s like with a band, you know. Flea is brilliant. We still have a track he played on that we haven’t finished which is really pretty cool. So it’s a matter of people drifting off.”

You can read An Audience With… Bryan Ferry in the current issue of Uncut.