The King of Pop has died at 50 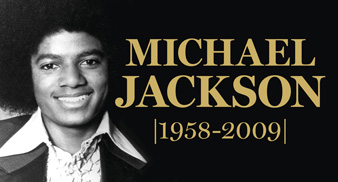 Although he was only 50 at the time of his death, there is a strong argument that Michael Jackson’s decline as a musician was inevitable more than half his lifetime ago. He was barely 24 when he made Thriller in 1982, which, according to the Guinness Book Of World Records in 2007, has so far sold 65 million copies, and cast a giant shadow over the rest of his career. Compilations and remix projects aside, he went on to release just three more full albums.

And while diehard fans will try to convince you that Bad, Dangerous and Invincible all had their merits, none came within a country mile of their behemoth-like predecessor’s musical and cultural impact. A child star at Motown, both with his brothers and as a solo act, Jackson endured a lean spell after quitting the Detroit “family”, and it took a collaboration with Quincy Jones on 1979’s Off The Wall to remind the record-buying public that he still had something to offer.

What he offered amounted to nothing short of redefining mainstream black pop, distilling the sounds of close friend Stevie Wonder, James Brown, Marvin Gaye, even Sly Stone, then adding an indisputably more blatant commercial sheen that moonwalked its way across genres and hitherto rigid marketing “formats”. Off The Wall has notched up 20 million sales to date, certainly not to be sniffed at, but it was Thriller, or more specifically its second single, “Billie Jean”, that cemented Jackson’s standing as a global force.

As with two comparably-sized pop icons of previous generations, television played a major role. Elvis Presley went from hillbilly to household name thanks in no small part to exposure on The Steve Allen Show, while Ed Sullivan’s variety cavalcade helped Beatlemania go truly ballistic. For Jackson, it was the fledgling MTV, who were reluctant to showcase black acts until “Billie Jean” came along. It took CBS label boss Walter Yetnikoff’s threat to withdraw all product from the cable channel to get Jackson on the air in the first place, but soon a symbiotic relationship between broadcaster and artist developed, to the point where it could be argued that neither would have flourished so heartily without the other.

In terms of genuine creativity, this is perhaps where the Michael Jackson story ends, and the media circus feasting on bizarre behaviour, curious marriages, remarkable physical transformations and allegations of child abuse takes over. It’s a safe bet that elsewhere Jacko the supposed freak will garner as many, if not more, column inches than Jackson the musician, so Uncut might be best leaving the door-stepping salaciousness to others. Tabloid scandals throughout the 1980s and 1990s were punctuated by some genuinely astonishing live performances, acting as occasional reminders of why he caught our attention in the first place.

Thought to be in permanent retirement after 2007’s headline-grabbing child abuse trial, it surprised many when Jackson announced he was returning to the stage for a marathon residency at the O2 Arena in London. In all, 50 dates were confirmed, meaning a total of one million people were due to witness his “comeback” over the next six months.

Long before his death there were question marks hanging over the O2 concerts. American promoters were threatening legal action, claiming Jackson had agreed to not play anywhere in the world until after a series of US gigs with his brothers, while some commentators doubted that a performer of his age who’d been inactive for so long, and therefore well below his punching weight, would have the physical stamina to endure 50 high-energy shows. Several media reports have even suggested that strenuous rehearsals at the Staples Centre in Los Angeles in recent weeks may have contributed to the heart attack that killed him.

Jackson didn’t need that one last hurrah to leave his mark on history. It’s unlikely there’s a single R&B act of the last quarter of a century who doesn’t cite him as a major influence, much in the way that anyone who ever picked up a guitar might have looked in the mirror and dreamed they were Presley or Lennon. He was also a towering inspiration to the worldwide black community, as important a figure as Muhammad Ali, and a touchstone for anyone who might wanna be startin’ somethin’.