What do Miles Ahead, I Saw The Light and Love & Mercy owe to I'm Not There? 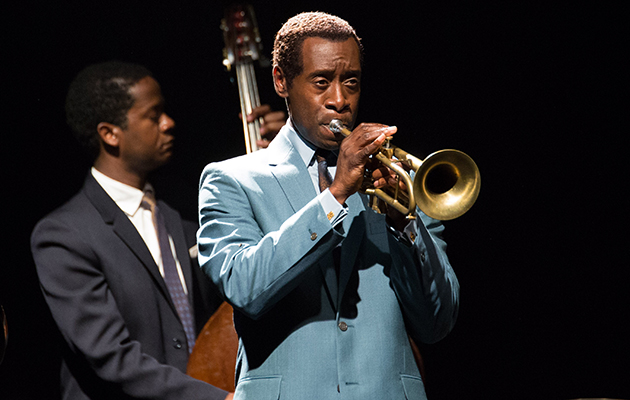 I’ll be reviewing the Hank Williams film, I Saw The Light, for the next issue of Uncut, so I want to keep my powder dry on that. It’s due in UK cinemas a fortnight after Miles Ahead, the film about Miles Davis. As music biopics go, they couldn’t be further apart. I Saw The Light sticks slavishly to facts, dates and details and as a consequence systematically fails to bring Williams to life; Miles Ahead, meanwhile, adopts a more freewheeling approach and has far greater success nailing the ineffable qualities that made Davis so compelling both in the studio and outside of it.

In the production notes for his Bob Dylan film I’m Not There, the director Todd Haynes recounted a conversation he once had with Dylan’s manager, Jeff Rosen. “I said, ‘This is a big honour! I feel I have to represent Dylan to the world and I want to do it accurately and carefully.’ And Jeff just say, ‘Todd, don’t even this about that. This is your own weird interpretation of Bob Dylan, and that’s all you have to worry about.” You could apply Rosen’s point when discussing Miles Ahead, Don Cheadle’s audacious, prismatic film about Miles Davis. As with Haynes, Cheadle is less concerned with straight biographical detail than the magic of Davis’ wild, elusive spirit.

Miles Ahead is set in the 1970s, during a five-year period where Davis absented himself from both the recording studio and the stage. Here, Cheadle concocts entirely fictional events concerning the efforts of Davis and a tenacious Rolling Stone journalist (Ewan McGregor) to track down a precious reel of new music that have fallen into the hands of an unscrupulous record exec (Michael Stuhlbarg). The tape is a McGuffin, naturally; but its contents provide Cheadle the opportunity to flashback to an earlier part of Davis’ life and his fraught relationship with his first wife, Frances Taylor (Emayatzy Corinealdi). In this respect, Miles Ahead superficially recalls Love & Mercy, another excellent biopic that ignored a plodding cradle-to-the-grave narrative in favour of settling on two thematically connected periods, decades apart, in the life of Brian Wilson.

In the hairy Seventies, Davis is trying to account for his many losses – both personal and financial – and Cheadle is terrific as Davis, straining to find his place in a time he views with increasing disdain. “A lot of shit goes through your mind when you’re quiet,” he says. For much of these sequences, Davis comes across as unlikable, his moods provoked by writer’s block, depression and drug abuse. At times, the scenes set during the Seventies resemble a ‘70s caper movie, including a car chase and even a gun battle. But these moments of seasoning swing. And why not? As Davis said, “It’s not the notes you play, it’s the notes you don’t play.”

While there are enough ‘notes’ here – at the recording sessions for Porgy And Bess, getting beaten by a policeman outside Birdland, chasing Taylor from their apartment with a knife – sometimes it is possible for facts to obscure greater truths.