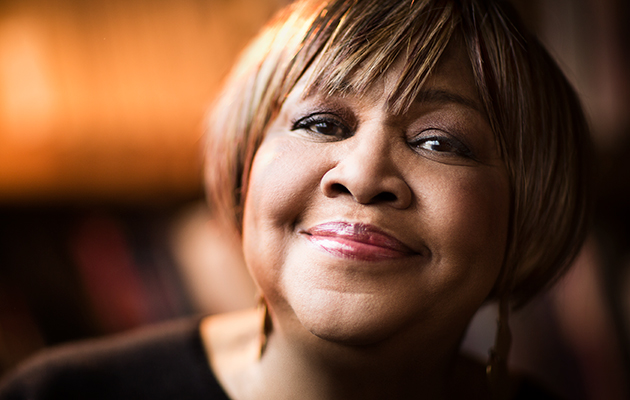 Mavis Staples
Mavis Staples
Stax/Volt, 1969
Stepping away from the Staples briefly, Mavis heads to Muscle Shoals to record her solo debut, a set of secular covers.

Making a record on my own was just something that I wanted to do. It felt strange [working without the Staple Singers], but I knew that I wasn’t going anywhere. I knew I wasn’t leaving my family. By this time I had gotten to be a young woman, I had been married and divorced, and I wanted to sing about it. I sang songs like [Bacharach and David’s] “A House Is Not A Home” – you know, you wanna sing about what’s happening in your life. But I was very nervous about singing those secular songs, because the church people were very quick to jump on you about that. For me, it was amazing – I mean, the gospel radio stations played my songs, they’d play “A House Is Not A Home” on the gospel show. So I was really being blessed! If you hear me sing a secular song, you’re gonna hear some gospel in my voice, I can’t let it go. Working with Steve Cropper and Al Bell was amazing. Those were good times – Steve Cropper was just the best. I was crazy about Steve, and we see each other from time to time today.

The Staple Singers
Let’s Do It Again
Curtom, 1975
The family team up with Curtis Mayfield to soundtrack Sidney Poitier’s 1975 boxing drama, scoring a No 1 album on the US pop charts.

We were really blessed to have worked with some amazing people over the years. Curtis Mayfield, he was just unbelievable. Curtis wrote “Let’s Do It Again” for us. In the studio, Curtis said, “Pops, this is your part…” and it was [sings] “I like you lady/So fine with your pretty hair”. And Pops said, “Curtis, man, I’m not gonna sing that, I’m a church man.” And Curtis said, “Oh, Pops, the Lord won’t mind…” Me and my sisters wanted to hear our voices on the big screen, so we kept at him and said, “Daddy, it’s just a movie score, you’re not leaving the church…” And we finally got him to do it. I was glad we did, because Let’s Do It Again, that record went platinum. Curtis was a funny producer. We miss Curtis. I sang on his last album [1997’s New World Order] – he calls me and says, “Mavis, I have a song that’s got your name written all over it.” I said, “What it is, Curtis?” And he said, “It’s gonna be on my next album, it’s called ‘Ms Martha’. So I went on down to Atlanta and I put down “Ms Martha”! In the studio, Pops just let it flow, he wouldn’t try and take over anything. The only time he would take over is if he heard one of our voices going the wrong way! He would fix that, but otherwise he would leave it to the producers.

Mavis Staples
The Voice
Paisley Park, 1993
Hooking up with Prince, who wrote and produced The Voice, Staples returns to form after a quiet decade.

Prince wrote those songs especially for me – and at that time I felt that that was the best I had ever heard myself sing, and the best songs that I’d ever heard myself sing. But Prince had been having a fight with Warner Brothers, and when the record came out Warner Brothers wouldn’t let it be played, because Prince was trying to get off their label. It hurt so bad. It was played in Europe, as Prince sold half of it to a company in Europe. People over here [in the US] never heard The Voice, very few anyway. When I would go to Europe, though, I would have to sing those songs because they had the album and they would request some of it! But I tell you, that hurt so bad, it hurt Prince and it hurt me, though I was hurting more for him than I was for myself. When we were making it, it was a time I heard him so happy; he was so happy that the record had come out so good. “Blood Is Thicker Than Time”, he wrote that as a tribute to my family. When we were recording the song “The Undertaker”, Prince asked me, “Do you think Pops will play on this?” and I said, “Sure.” He’s singing on some of the songs too. It was just a record made in heaven, you know. Prince and I both couldn’t wait for it to hit the stores and hit the radio. But it never did.

Ry Cooder was very, very good on the freedom songs – you would have thought he was on the movement, you know! Oh man, I enjoyed working with Ry so much. I’d go into the studio, and say, “Well, what are we gonna do today, Ry?” And he’d say, “It’s up to you, young lady.” There are some great songs on this album – “Jesus Is On The Main Line”, he really wanted to do that because he had done it before with his jazz group. Those were the original Freedom Singers from the movement, you know. That was a good, good time, it was just so good to see the Freedom Singers again. I asked Ry, “How did you find them?”, and he said, “Oh Mavis, I know how to go to Mississippi and find people…” And then he got those artists from Africa, Ladysmith Black Mambazo, and they came into the studio. You talk about sounding good – boy, they sounded good! That was a very good session. I enjoyed it so much that when it was time to go back to the hotel I wasn’t ready to go, and Ry would say, “Well, we always have tomorrow.” And I said, “Ok, I’ll come back tomorrow!”