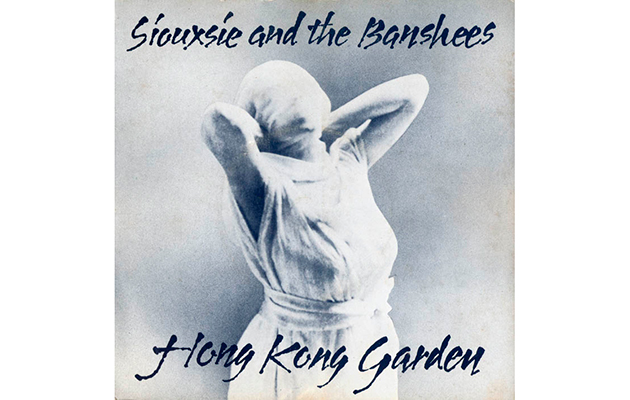 To celebrate Siouxsie Sioux’s birthday today, here’s a classic piece from the Uncut archives on the Making Of… the Banshees’ debut, “Hong Kong Garden”. This originally appeared in Uncut Take 132.

You could be forgiven for thinking that the local Chinese restaurant is a pretty innocuous subject for a song – particularly during the insurrectionist sloganeering of punk. But Siouxsie And The Banshees‘ first single attracted its own share of controversy. Lyrics like “Slanted eyes greet the bright sunrise, a race of bodies small in size…” met with accusations of racism, exacerbated by Siouxsie’s predilection for wearing swastika armbands on stage at the earliest Banshees’ shows. In fact, nothing could have been further from the truth: visiting her local takeaway in south east London, Siouxsie now remembers “being really upset by the local skinheads who gave the staff such a hard time.”

After two years unsuccessfully hunting for a record deal, Polydor signed the Banshees after hearing “Hong Kong Garden” on a Peel session. Incredibly, they found themselves booked into Olympic Studios with American soul producer Bruce Albertine. Rejecting Albertine’s version of “Hong Kong Garden”, they regrouped at the Fallout Shelter, a smaller studio in the basement of Island Records, with producer Steve Lillywhite, who subsequently produced the band’s debut album, The Scream.

“Hong Kong Garden” reached No 7 in the charts in August 1978 – “it should have been higher!” claims bassist Steven Severin. But at least, admits Siouxsie, “it paved the way for us to do what we wanted…”