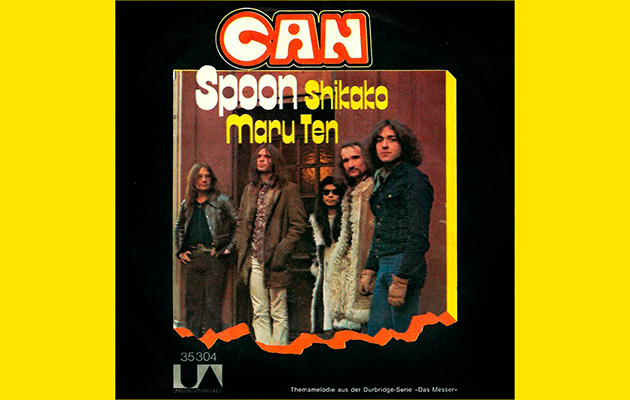 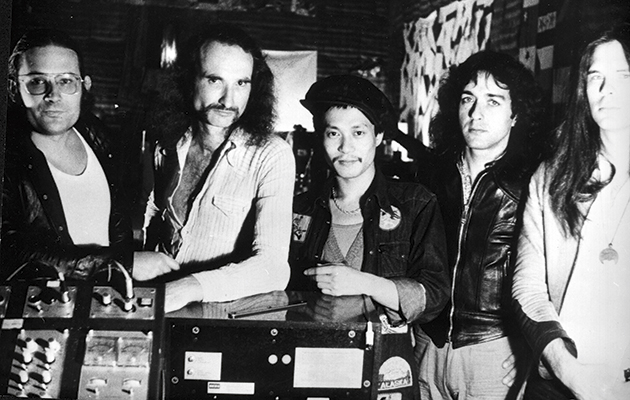 SCHMIDT: It was at the time our most successful piece, and it changed things, of course, economically… We were working extremely hard, constructing our new studio, because that was hard work, and making the film music at the same time. Bought these fifteen hundred mattresses from the army which we nailed on the walls, and had a local carpenter to make a framework on the wall which we could hang the mattresses on, and that went on at the same time as we were producing this music. It turned out to be commercial because we sold 350,000 singles, and that wasn’t bad. Neither for this piece or in the future did we think about being more commercial. We went on like we did before. We had more money, for which we bought a van, and we bought a PA, and mixing desk. Before that we had extremely little equipment, and even if we got it at a good price, nevertheless we could buy equipment and the van.

CZUKAY: Oh yes, we didn’t carry the equipment from Germany to England – we had to buy a bus! A little lorry, a van, but that was good enough for us.

SCHMIDT: That’s what we spent the money on. And of course we got more exposure in Germany…

CZUKAY: I think Michael really lost something, a cassette [stolen from his car]. To tell you the truth, this is one of the promotional gags which was used [laughs], because one friend of mine, who later became a promoter, said, “You obviously have talked about who is the murderer in the film [on the cassette]. And we said, “You have talked about the murderer in this film, didn’t you?” That’s why every newspaper was writing about it. This is really a science! [laughs]

SCHMIDT: The people in the village saw us working 16 hours a day, and paying the carpenter the money he asked for immediately, and then all of a sudden being in the papers and television, getting a prize. So the whole village was all of a sudden proud of having us there. There was this moment when a journalist came and wanted to make a documentary story about Can, and was expecting that everybody in the village would say, “Oh, these are hippies…” and that they would forbid their girls to talk to us, and all that. But the opposite was the case: they all said, “Oh yeah, they are wonderful, they are really working hard and they have this wonderful song,” and so he was really disappointed.