The dancer and choreographer has died aged 80 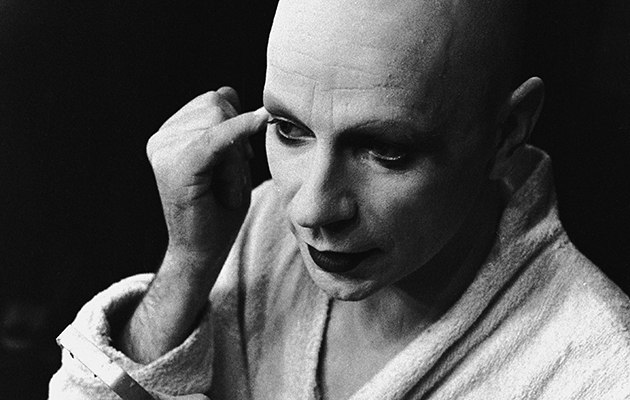 Sad news this morning: the dancer, mime artist and choreographer Lindsay Kemp has died aged 80. Kemp, of course, worked with David Bowie and Kate Bush and played Alder MacGregor, pub landlord of the Green Man Inn in The Wicker Man.

I spoke to Kemp in May, 2017 for a cover story on Bowie’s formative years. Here’s the full transcript of the interview.

When did you meet Bowie?
The summer of ’67. I was doing a little show called Clowns in a very little theatre off St Martin’s Lane. A mutual friend who had given me a copy of his record, the Deram record, his first record, brought him to see the show. He fell in love with my world from that moment. He was particularly flattered and moved because before the show began, I played my favourite track from the record, “When I Live My Dream”. It was that world of white faces and Pierrots and Harlequin and backstage and glitter, sawdust, blood. The show was a little backstage drama that owed a lot to the Commedia dell’Arte and also the Harlequins and Pierrots of Picasso’s early paintings. He loved all this. Backstage, he asked if he could study with me. The very next day, he started doing my classes at the Dance Centre in Covent Garden.

What impressed you about him?
First it was the voice. Before I met him, I was so enamoured of the music of his songs – the same as he was with my little show. We were mutually enamoured with each other. It was the voice and the songs themselves. Then when I met him, it was his physical beauty. It was like the Archangel Gabriel standing there. And then of course, it was his charm, his wit, his humour, his charisma. His talent goes without saying.

Did he talk about his esoteric interests?
He said that I saved him from having his head shaved you know. Before he met me, he had become increasingly disillusioned with how his career was going. He had been studying Buddhism quite seriously for a couple of years and was planning on going up to a Buddhist monastery, Samye Ling, and becoming a Tibetan monk. I told him, he should give himself to God. And to me as well. He did, for a while.

Did you sense he was at a crossroads, looking for a new career?
I certainly awoke in him a passion for the theatre. That passion and enrollment with the theatre remained with him. Working with Hermione was really a part of what he’d been doing with me. A song and dance man, with a bit of mine. I cringed when I saw Feathers. He invited me to see the little group with Hutch and Hermione at the Arts Lab on Drury Lane. Hermione sang sweetly and strummed a large guitar and when David was singing she would teeter around the room. They sang nicely, David especially. He sang “My Death”, the Jacques Brel song. It was very moving. But then he mimed, a piece he called “The Mask”, which was very derivative of Marcel Marceau. But he wasn’t a mime. I cringe, it was absolutely ghastly. But the poor fellow was obliged to do his mime act as a warm-up act for his good friend Marc Bolan. So thank God he did get some singing jobs and abandoned the mime. It did help me with my onstage persona, his movement.

What was the importance of “My Death”?
It was one of his favourite songs of Jacques Brel. It took on more significance as he got older, as it does for me in all those death songs. But I think the appeal at the beginning was the same as ‘Amsterdam’ and some other Brel songs that he found to be great, beautiful songs.