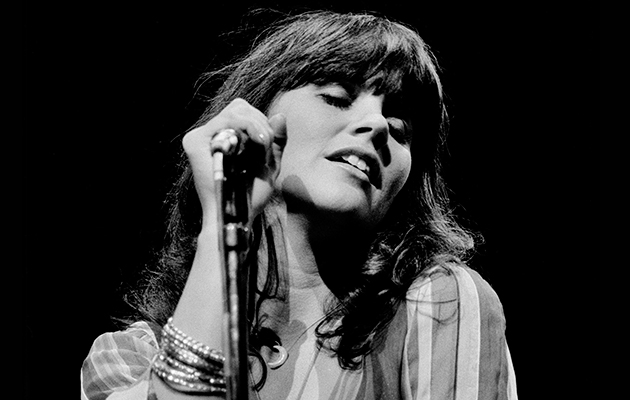 “I really was terrible in the beginning,” laughs Linda Ronstadt. “I had no idea what I was doing. It wasn’t until about 1980 that I really started to learn how to sing.”

While the millions of fans who repeatedly sent her ’70s work to the top of the American charts would likely disagree with her humble assessment, Ronstadt’s words are testament to her eagerness to try new things. Over her long career, the Arizona-born singer has tackled a variety of styles, from majestic country-rock songs written by James Taylor, Jackson Browne and her friends in the Eagles, right through to Gilbert & Sullivan operas, jazz standards and Spanish-language mariachi, a reflection of her part-Mexican heritage.

Although the effects of Parkinson’s have left her now unable to sing, Ronstadt has lost none of her deep passion for music. “I’ve been a singer all my life,” she says, “so it’s very odd not to be able to do that. Especially when I go to visit my family, as we always sang together and now we can’t. But I can play music in my head – I’ve got a huge jukebox in my brain.”

Silk Purse
Capitol, 1970
Following her work with The Stone Poneys and ignored solo debut Hand Sown… Home Grown, Ronstadt went full-on country for her second – heading to Nashville to cut versions of “Will You Love Me Tomorrow” and “Lovesick Blues”.

RONSTADT: I met Kenny Edwards in 1965, and he, Bobby Kimmel and I formed a little group called The Stone Poneys. “Different Drum” was a hit for us. The label wanted me to go solo in the beginning, but I felt it was disloyal, and I wasn’t ready to be a solo artist. Kenny was interested in seeking truth and beauty, so after a couple of years he went off to India on a quest, and I went solo. By 1970, all of us at The Troubadour [in LA] were listening to traditional country, Hank Williams, Merle Haggard. But we were also laminating rock’n’roll over the top. They needed to have a little bit more aggressive interaction, we thought. I liked Merle Haggard but also Chuck Berry, so you try to get them both in there! I went to Nashville to record Silk Purse, but Californian country has a different groove to it. We had much more liberal attitudes on the West Coast. As for the cover, at that time, you didn’t wanna dress straight, you wanted to look funky. I didn’t know what in the world that meant, but I knew funky had something to do with earthiness. So I thought of this character, Moonbeam McSwine, from a cartoon called Li’l Abner – she was always sitting in a pen with pigs, very glamorous but a hillbilly with a ripped skirt and a torn blouse. So I thought I’d do a send-up of Moonbeam McSwine, to out-funk everybody. It was a joke, I figured everybody would know what I was talking about. I don’t know that they did.

Linda Ronstadt
Capitol, 1972
Her third album, a commercial failure, is now seen as a country-rock classic. And in assembling her backing band, Ronstadt inadvertently put the Eagles together, too…

I had a hand in forming the Eagles, yes! But it was their talent and their mutual interaction that really did it. I asked my friend John Boylan if he’d help me put a band together. So we walked to The Troubadour one Monday night, and heard this band called Shiloh onstage. They were playing my version of “Silver Threads And Golden Needles” exactly off the record, including the guitar solo. So I thought, ‘Maybe I can just hire this band, they already know the arrangements!’ But I had some players already, so we went and asked Don Henley, the drummer in Shiloh, if he’d like to play for my next tour. Then I needed a guitar-player, so I asked Glenn Frey, who used to sing with my boyfriend, JD Souther. When we were on the road, Glenn and Don roomed together, and they each discovered that the other was a good singer and writer, so they started working together. By the end of the tour, they decided to form a band. John suggested Randy Meisner to play bass and I suggested Bernie Leadon, so those four became my band with the idea that they’d go on their own as soon as they got a deal.

There were a lot of great writers around then. California is like a big lens, people would come from other places and California would focus them. A guy like Bernie would come from Florida, or Glenn would come from Michigan, or Don from Texas, and by the time they got to California the Californian sensibility would put its own little spin on things. Then it would be broadcast to the world. Neil Young is another one – I still think he’s one of the best guys that ever came out of rock’n’roll, he’s just brilliant.

Before this album was released, we were in Tennessee doing The Johnny Cash Show. The show took a long time to tape. After we finished, Neil Young said he was gonna go do some recording and asked if I’d come and sing a harmony. James Taylor was on that same show, so he came along to play. He wound up playing
a six-string banjo. We recorded “Heart Of Gold” and “Old Man”. It took us all night – it was dawn and snowing when we came out. My knees were sore because the only way James and I could get on the same mic was for me to kneel and for him to sit down in the chair. If I knelt up and stretched I could just about share a mic with him!