Leonard Cohen interviewed: “I didn’t have the interior authority to tackle some of my greatest songs”

Uncut meets the laureate of romantic gloom – at the time of interview, a highly disciplined Zen monk… 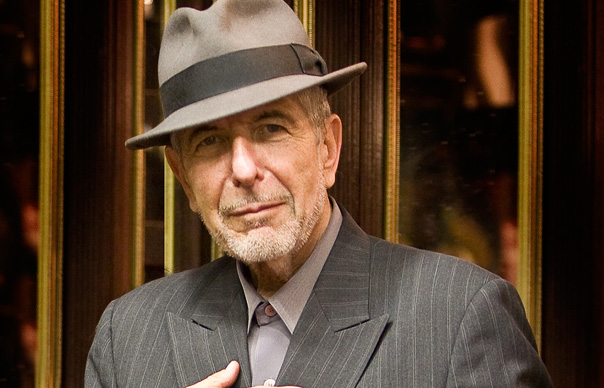 Leonard Cohen is running two hours behind schedule. After a hectic day of media interviews, lesser mortals would be feeling frayed at the edges. That Cohen is still fresh, courteous and insightful is a powerful advertisement for the spartan lifestyle he has been leading for the past three years in a Zen monastery 6,500 feet up a Californian mountain.

Cohen has come down from the mount for a rare engagement with the world to talk about his life, his loves, his faith and, above all, his music – an extraordinary back catalogue of profound and confessional songwriting which over 30 years has brought him both a reputation as the most doom-laden troubadour of them all, and a dedicated following, second only to the Dylanologists in their fastidious dissection of his every nuance.

For this day only, the mountain cabin in the old scout camp which now serves as his monastic home has been swapped for the swankiest beach hotel in west Los Angeles, and his customary Buddhist robes have been replaced by a black suit of expensive cut. Only the closely cropped hair, which he rubs constantly with his right palm, and the simple, flat rope shoes betray his Zen calling.

At 63, Cohen is more charismatic than ever. Conditioned by up to 18 hours’ meditation a day, at times he remains so impassively still that you want to check he is breathing. When he speaks, the voice is deep and resonant, sometimes reduced almost to a whisper, full of calm but animated at the same time. It is a serene performance that makes you want to ask what he’s on and whether it’s available on prescription. It is – but only in the natural pharmacy high up Mount Baldy, about two hours drive from downtown LA.

“The macho feeling is that we are the Marines of the spiritual world. It is a severe regime, but you get used to it,” he says.

Cohen’s day starts at 2.30am and, after an hour’s chanting (“It’s good for the bowels because you start vibrating inside”), the day proceeds through meditation and work periods (“Plumbing, carpentry, shoveling snow, whatever has to be done to keep the place going”). Cohen’s special task is to cook for Roshi, the 90-year-old Zen master of the order whom he first met 28 years ago at a friend’s wedding. “lt’s vegetarian, lots of lentils. But, recently, the doctor said he wasn’t getting enough protein, so I’m cooking a lot of fish.” Much of their food is begged mendicant-style from local Japanese farmers and storekeepers.

“We wear robes, everything is done very formally in single file – it’s very ritualised,” he says. “You pretty well know what you’re doing every moment of the day. It sounds boring but it’s nothing to when you’re actually living it. At the beginning, people have difficulty with the lack of sleep, but you find that you don’t need as much sleep as you imagined and you go into a different gear.”

There are no newspapers, television or radio, but Cohen denies feeling deprived.

“In civilian life you close the door, switch on the television, crack open a beer and you’re really alone. There’s a saying in Zen that, like pebbles in a bag, the monks polish each other. You get very close when you’re sitting with a group of people day after day meditating. You’re not improvising in the way you have to in civilian life, so you relax into the regime. After a while, you’re just thinking about your meal, your work and sleeping – so that is refreshing, because you don’t have to speculate on matters that are really quite irrelevant and just produce anxiety. Over 2,000 years, most of the kinks have been ironed out, so it’s an effective tool for removing unnecessary distractions and providing a space to live quietly. That’s hard to find in the world.”

It’s certainly a long way from New York’s Chelsea Hotel, where Cohen once famously described in song getting a blow job from Janis Joplin while her limo waited outside…