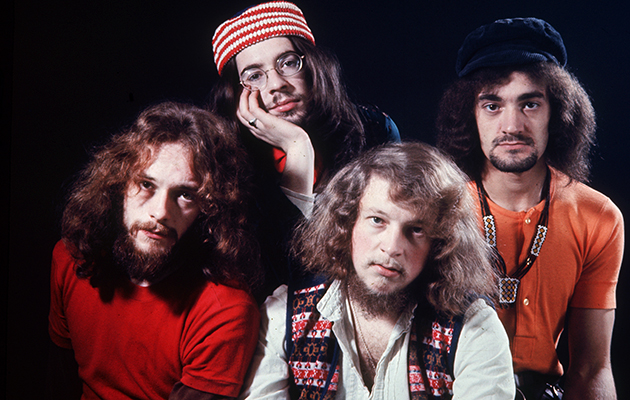 “Jeffrey just looked the part,” remembers Ian Anderson today. “He always had that rather enigmatic, strange, slightly detached, rather arty aspiration. There was sometimes a little bit of play-acting, of studied eccentricity about him.”

The charismatic Jeffrey Hammond would eventually join Jethro Tull on bass in 1970, but before that he was, in Anderson’s words, their “unofficial mascot”, and the inspiration behind one of their earliest songs, fan favourite “A Song For Jeffrey”. “If you saw someone reading a newspaper at the back of the crowded Marquee Club,” laughs Anderson, “that would be Jeffrey. It was all designed to be a little mysterious and a bit odd – and he was!”

The song, the swaggering first single from the band’s 1968 debut This Was, sonically bridged the gap between their R&B roots and their quirkier, progressive leanings. However, blues purist guitarist Mick Abrahams wasn’t pleased, and ended up departing before the group performed the track on The Rolling Stones’ Rock And Roll Circus in December 1968. Future Sabbath guitarist Tony Iommi was instead drafted in to mime the cut.

“You had to progress pretty damn quick in those days,” explains drummer Clive Bunker, “because every other band was getting good by the week. Within a couple of years we were topping the bill in America – it was stupid times, really.”

Despite barely performing it live since the end of the ’60s, Anderson and the modern-day Tull have been rehearsing “A Song For Jeffrey” in preparation for their 50th Anniversary Tour this year, which the songwriter confirms will focus heavily on their ’60s and ’70s work.

“Of course the key word in the title is ‘for’,” muses Hammond, who left Jethro Tull in 1975, and now dedicates himself to painting. “I’ve always thought that the song was meant as a rather lovely gift or dedication, more than it having anything lyrically to do with me. What is so pleasing to this day is being associated vicariously with that edginess of the opening bars, the sparseness of it, the breathy flute, rhythmic bass and drums and almost elegant guitar.”