Ry Cooder of Buena Vista Social Club: “We got in there and did great things”

In 1996, Ry Cooder assembled the Buena Vista Social Club and turned Havana’s forgotten musical aristocracy into unlikely stars. Twenty-five years on, the magic of the joyous, bittersweet album they recorded together is stronger than ever. But how did its curator and venerable cast navigate power cuts, food shortages and meetings with Fidel Castro? 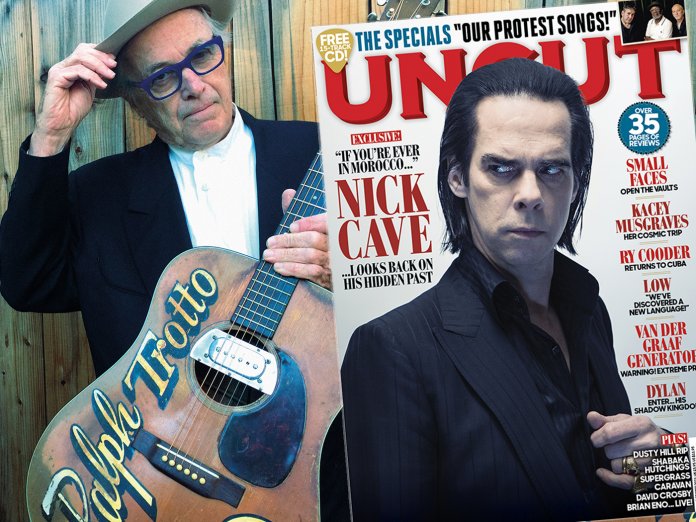 Ry Cooder first came to Havana in the 1970s. Enchanted by the music he had heard while crate-digging in obscure New York record stores – “compilations put together from old performances, people who were either dead or not working any more” – he and his wife Susie travelled by boat to the Caribbean island.

“I saw that music was such a big part of their daily lives,” Cooder tells Uncut, from his home in Southern California. “We saw Ñico Saquito in a park. He was really old by then, with his little trio – playing under a palm tree, for heaven’s sake! I thought, ‘OK, that means I could come here, see these people, and get to know them.’ It wasn’t too long after that trip that our son Joachim was born, so all travelling was off for a while. But I had this idea to go back.”

It took 20 years for Cooder to return. On March 26, 1996, accompanied by Cuban bandleader Juan de Marcos González and British producer Nick Gold, he assembled an impromptu group of Cuban musicians at the historic EGREM/Areito studios at 410 Calle San Miguel, Centro Havana, to record standards from the trova and filin repertoire. The majority of the group were veterans of the golden age of Cuban music in the 1940s and ’50s. Some had fallen out of favour since Fidel Castro’s communist revolution of 1959. Castro regarded their music as “bourgeois, probably fascist and exploited by American gangsters and corporations”, says Cooder. “Which of course is totally wrong. You can’t legislate or govern music out of people – but it’s true that, being a dictatorship, they could make life hard for the players.”

In the space of a week at EGREM, with Cooder producing, history was both made and reclaimed. The resulting album, Buena Vista Social Club, became one of the landmark recordings of the 20th century. Released in September 1997, it sold eight million copies and made unlikely international stars of its artists. Wim Wenders’ 1999 documentary was nominated for an Academy Award. A number of successful offshoot albums followed.

It changed the lives of everyone involved, including Cooder. His career already included a stint in Captain Beefheart’s Magic Band, recording with The Rolling Stones, several solo records and acclaimed work as a soundtrack artist, notably the ambient desertscape he composed for Wenders’ Paris, Texas. He has collaborated with everyone from The Beach Boys to Ali Farka Touré, yet Buena Vista Social Club stands apart. Reflecting on its “lucky” beginnings and extraordinary legacy, he regards it as a matter of cultural preservation. “It’s like Louis Armstrong passing. The end of an era. You can’t go back. A little window opened for just a minute, and we got in there and did great things – and then the window closed.”