The Welsh artist has been busy chasing inspiration across continents – from a house owned by Gruff Rhys in Cardiff to Neil Young’s former retreat in Topanga Canyon. Her quest has led – metaphorically at least – to ancient Rome for her ambitious new album, Pompeii. But has the enigmatic art-rock outsider finally learned to be herself? 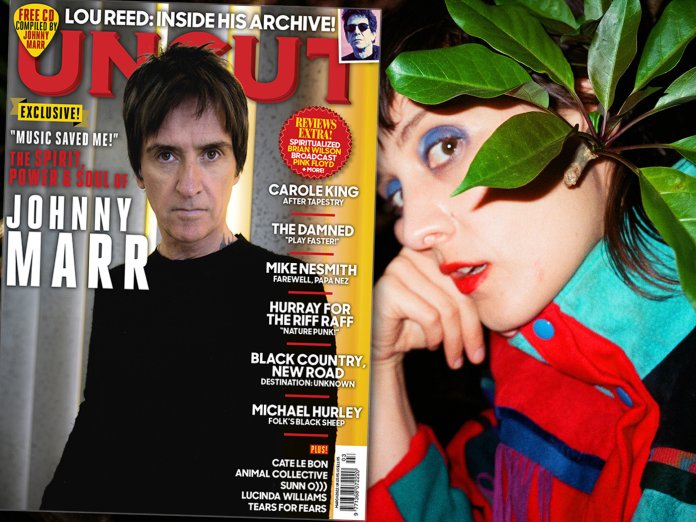 Up in Topanga Canyon, there’s a house, three storeys of redwood outside and in. It used to be Neil Young’s place while he worked on After The Gold Rush, but today the bedroom where he dreamed of silver spaceships is occupied by Cate Le Bon, who is staying here
for a month to produce Devendra Banhart’s new record.

“We wanted to be out of LA and away from distractions,” Le Bon explains. “It’s pretty spectacular here. I believe I’m sleeping in Neil’s old bedroom. It’s nice to think of all the songs that were hibernating in his head while he sloped around the house.”

Young and Le Bon have more than just that house in common. For a start, they’re both foreigners from chillier climes, drawn to the yellow haze of California; but deeper than that, they’re both artists with an irresistible drive to move forward creatively. While Young drifted into braver sonic margins after …Gold Rush and Harvest, so Le Bon’s music has got stranger and more ambitious since 2013’s Mug Museum, “a classic record” according to Banhart.

“I don’t really like looking back too much, you know?” Le Bon says. “I guess it takes a while, especially as a woman, to find your space and be comfortable in saying what you want and what you don’t want. Yeah, it took me about 10 years!”

In February, Le Bon is releasing Pompeii. Her sixth solo record, it follows up the Faustian clatter of Crab Day and the more meditative Reward with nine synth-heavy, echoing and melodic songs, both melancholic and grooving. Whereas 2019’s Reward was written on piano while Le Bon was attending furniture school in the Lake District, Pompeii was composed on bass guitar. “I was obsessed with bass, so that was leading things, which meant I had to learn how to play guitar differently,” she explains. “Then synths became the glue that tied everything together.”

“She got me excited about guitar music again,” says Samur Khouja, who’s engineered all of Le Bon’s projects since Mug Museum. “She still is my favourite guitar player – and, I want to say, one of the greatest bass players of our generation.”

In Le Bon’s hands, though, the ingredients of Pompeii lead to a unique result; she’s a rare artist that can conjure up something that feels genuinely sui generis with instruments and words that have been used thousands of times before.

“There’s a global crisis, and you don’t really know if there’s any point in making a record,” she says, recalling the stripped-down recording. “That’s exciting, but it’s also terrifying. It was a rollercoaster of emotions for everyone. You’re in this room trying to make sense of it
all through the medium of music, which I suppose was the only thing I had control over.”