From their base in a former Cold War nuclear bunker, psych warriors Altin Gün are busy reinventing the deep and mystical sounds of Anatolian rock. Their tools? Fuzz pedals, electronics, and ancient instruments once used in shamanic rituals 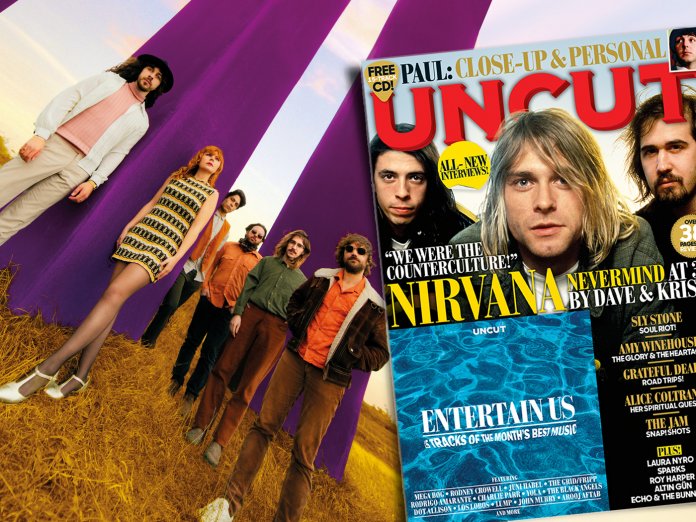 There’s a rumbling deep beneath Vondelpark – more precisely, emanating from the Vondelbunker, a Cold War nuclear shelter under a bridge in one of Amsterdam’s biggest parks. These days, it’s a volunteer-led space for cultural events and houses practice rooms where bands, including Altın Gün, rehearse. “It’s a proper bunker!” laughs Merve Dasdemir, the band’s singer and keyboardist.

“We have a very nice space there,” says bassist and founder Jasper Verhulst. “Though there are no windows and there’s not a lot of air in there.”

At the Vondelbunker, Altın Gün can rehearse whenever they want. But there’s not been much call for that lately. There’s Covid, of course. But before that, the band’s busy gig schedule meant little practice was necessary. “We used to play a lot,” says Dasdemir, “so we’d usually be gone.”

Much of the world, it seems, has been calling out for Altın Gün since they released their debut album, 2018’s On. Their kaleidoscopic mix of psychedelic rock, disco and Turkish traditional music has found appreciation with both younger hipsters and the Turkish diaspora across the globe. That’s good going for a group whose repertoire – Halkali Şeker, for instance, from debut On – is probably most often heard at weddings in Turkey.

Indeed, they’ve been asked to act as a wedding band many times, according to Dasdemir: “We’re trying to stay out of weddings, because if you go in there you can’t get out!”

Some are more wary of weddings than others. Erdinç Ecevit, co-vocalist, keyboardist and saz player, of Turkish heritage but born in the Netherlands, regularly played at Turkish weddings in the Low Countries for work, until the band took off. Along with the rest of the members, Ecevit is now happiest playing with Altın Gün, taking traditional material and processing it through their own radical, groove-based filter.

“At a wedding, people constantly want to tell you what to play,” says Verhulst, “which is understandable but, if you’re a band like us, it wouldn’t really work.” “Sometimes it happens at shows, though!” says Dasdemir. “They write the name of a song on a napkin
and give it to me onstage. I’m like, ‘Dude, we’re not that kind of band…’”