In praise of Upstream Color

Shane Carruth’s Primer was one of those debuts that appeared to come out of nowhere, much like David Lynch’s Eraserhead or Darren Aronofsky’s π. 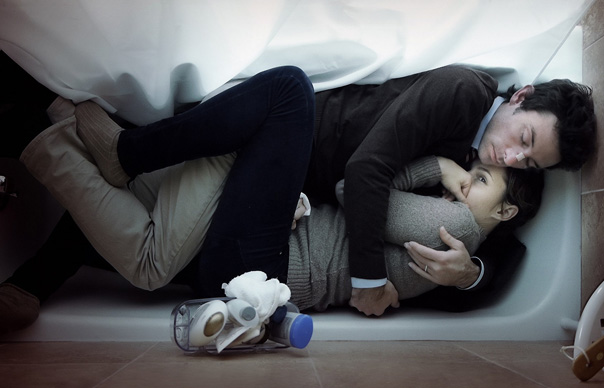 Shane Carruth’s Primer was one of those debuts that appeared to come out of nowhere, much like David Lynch’s Eraserhead or Darren Aronofsky’s π.

Shot on a budget of $7,000, it was a cerebral time travel movie, light on special effects but high on theory that won the grand jury prize at the Sundance Film Festival, though left many baffled. Nine years later, Carruth’s second film – Upstream Color – is likely to polarize audiences even more than its predecessor. At its best, this is challenging experimental cinema; though I suspect many will find it pretentious and deliberately oblique.

If Primer was characterized by a very formal austerity, Upstream Color is, in contrast, lush, symphonic and sensual. I’ll try and give some broad idea of what happens in the film; at least so far as I can understand it. Kris (Amy Seimetz) is a victim of a figure referred to as the Thief, who uses a hypnotic drug fashioned from parasitic grubs to extract financial information from his marks, leaving them with no memory of the events afterwards. So Kris finds herself broke, jobless and homeless, which is when she meets Jeff (Carruth himself), who has also been a victim of the Thief. Although they have no recollection of their experiences at the hands of the Thief, they sense they are connected. Carruth’s film drifts further and further into allegory, its final, fragmentary third section a beautiful, near-worldess tone poem that forgoes convention narrative for something more sensual and aesthetic.

Carruth seems to me to be very much one of those artists who is pursuing his singular vision regardless. In the nine years since Primer, it appears he’s had to abort a number of promising projects because to proceed with them would have meant he’d have to compromise his vision. It’s an admirable dedication to his art, which I guess is what makes Upstream Color such an achievement. And not only did Carruth write, direct and star in Upstream Color, he also composed the score, edited the film and cut the trailer. It’s certainly not a film to everyone’s tastes; all the same, it’s hard to argue with the fact that Carruth is an original talent.

And I haven’t even mentioned the stuff with the pigs.