In Detroit with Brendan Benson 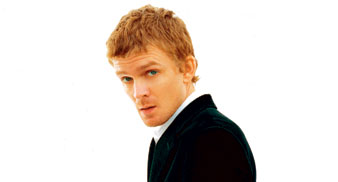 “All I want is a sure footing, to know I’m appreciated enough so that I can continue making records and people will listen to them. I need to do it. If I can make a living out of it then great. There’s no turning back, I can’t do anything else.”

Detroit singer/songwriter Brendan Benson is telling this writer forcibly, fuelled by an extensive supply of wine, what motivates him to make music. And while he might seem blasé about what the future holds, even this most self-effacing of men must be excited at the very real prospect that new album ‘The Alternative To Love’ is going to move him from the realms of cult artist and into the big league. If there’s any justice it will anyway.

Things are certainly a lot brighter for Brendan than they were back in 1996, when Virgin put out his debut album ‘One Mississippi’. Despite a raft of good reviews and a set of cracking tunes (Check out the awesome ‘Emma J’, ‘Sittin’ Pretty’ and ‘Insects Rule’) the record inexplicably flopped and he found himself dropped and thoroughly disillusioned. But there was a silver lining – with the money left over from the deal he bought the beautifully elegant house-cum-studio we are sitting in, which he shares with his friendly fat moggy Sam. With the help of pal Jason Falkner (Jellyfish), Brendan gradually put together the songs which became 2002’s tremendous ‘Lapalco’, which was picked up and released by his new label V2 (Startime in America). Since then the likes of neighbour, pal and collaborator Jack White, The Datsuns and Keane (with whom Brendan toured last year at their personal request) have been falling over themselves to eulogise his hook-laden heartbreakers.

Recalling his lean years, Brendan says: “’One Mississippi’ was critically acclaimed, it’s just no one heard it. I then bought a studio. It was kind of perfect, I got dropped, had this studio, didn’t know if I wanted to write anymore. I felt pretty discouraged, was doubting if I had something to offer. But I had the studio so I started to record other bands. It took me years to realise I had my own good record in ‘Lapalco’.”

‘Lapalco’ is a shade darker than ‘One Mississippi’, but pretty much sticks to the same blueprint, the great lovelorn powerpop of Big Star crossed with sensitive strums that Nick Drake would have been proud of. It’s an addictive, giddy and completely natural formula.

‘The Alternative To Love’ is more or less a cross between the first two albums, with bursts of ‘One Mississippi’s sugar rush and nods to the greater depth of ‘Lapalco’’s songs. The rollicking first single ‘Spit It Out’, the deceptively jaunty ‘Cold Hands (Warm Heart)’ and the sparse ‘Them And Me’ feel like old friends already – classic radio songs, which, when you scratch the surface, are saying a whole lot more than you initially realised. Hey, if it ain’t broke why try and fix it?

Brendan, who plays everything on the album, insists having a captive audience isn’t going to change the way he works one little bit.
““I had gained some momentum with ‘Lapalco’ – but I didn’t have a vision,” he says. “I don’t think I ever do. I admire people who do, who do something different. I do whatever feels right, I don’t think about it much.”
“I recognise my self-centredness,” he adds. “If I was in a band, there’d be some kind of collective goal.”

And how does he feel about the growing amount of recognition he is receiving?

“I do like the attention,” he admits, “I like the affirmation and compliments but I think ultimately I do it out of compulsion.”
And what about Detroit? As has been well documented, Brendan is very good friends and close neighbours with The White Stripes – indeed he and Jack White have recorded an album together (“It sounds like Deep Purple crossed with Cat Stevens”) which is expected to come out in 2006 sometime. But how does he fit in to the much-heralded Detroit ‘scene’?
“I’m the wrong guy to ask about Detroit,” he insists. “I live here and am friends with all the bands but I’m not involved in the scene. I hardly ever go out. I feel just too old for it (he’s 34).

“Anyway, It was the NME that popularised Detroit, made it a scene, a movement. That’s OK, it didn’t hurt anybody. It made Detroit bands more popular, gave them more motivation.”
And of course, the monstrous success of his old friend has changed things.
Brendan concurs, stating: “Jack has become so popular and so famous,. It’s affected the music scene here, but only in a positive way. It’s shed some light on Detroit and in turn bands were filled with more hope, that something might happen. Most bands are doing it for their own amusement, not to be famous or make money, No one’s generally very ambitious. People are very complacent. Now a lot of people felt like they might have a chance. It helps that Detroit has at the moment a ton of great bands.”

And one heck of a singer/songwriter. Just one more thing Brendan, what on earth is the alternative to love?

“I gotta come up with a good answer to that,” he chuckles. “Basically, beyond love, what else is there? We’re all searching for it, that utopia. Maybe one day I’ll find it.”