It was Nick Lowe's 65th birthday this week, an occasion that had me pottering around the Memory Shed, where I came across the following story, written about a much younger Nick. 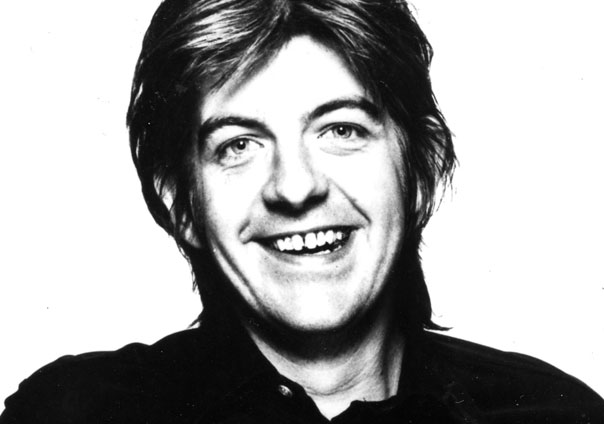 It was Nick Lowe’s 65th birthday this week, an occasion that had me pottering around the Memory Shed, where I came across the following story, written about a much younger Nick.

About a week after announcing to anyone who’s listening that I’m just popping out for a couple of hours to interview Nick Lowe in west London, I call the Melody Maker office from a hotel in Glasgow. Safari-suited assistant editor Michael Watts is soon on the line.

“Where are you?” he asks, feigning a vague nonchalance about my current whereabouts. I’m not fooled, though. I can tell he’s furious because the receiver I’m holding’s just started to melt, the heat of his anger an astonishing thing, even at this distance.

Scotland, I tell him.

“You’d better be fucking joking,” he splutters, blowing whatever a gasket is. There’s a ghastly silence now, and I can’t think of anything to say to fill the conversational void, that dreadful unoccupied tundra between us. Mick, however, has plenty to say, and I get a typically windy lecture on trust, responsibility, professionalism and other such virtues that I apparently lack in some abundance. I start to drift off.

“Are you even listening to me?” he suddenly barks, and I can imagine the sniggers in the office as he works himself up into a conspicuous fury.

“And exactly what,” he asks, trying to regain some degree of composure, “are you doing in Scotland?”

I’m with Nick Lowe and the Five Live Stiffs Tour, I tell him.

Another grim silence ensues. I can too clearly imagine Mick, white-knuckled, trying to regain what’s left of his composure, a tattered thing by now, his patience with me apparently fully expired, my head something, I’m given to understand, he’d like to see on a stick.

Speaking with the measured diction of someone addressing a sadly impaired person with profound learning difficulties, Mick now reminds me that my pursuit of Nick for the feature I have promised him started a couple of weeks ago, on the opening night of the Stiff tour, in Hemel Hemspstead, from which show I return with a thunderous hangover after Nick suggests we do the interview in a nearby pub, where our chat is accompanied by an endless succession of beers and much laughter as Nick goes through an extraordinary repertoire of anecdotes, all of them hilarious, but few of them wholly pertinent to the piece I’m supposed to be writing.

Which is why I arrange another chat, and head off to Stiff’s Alexander Street HQ, telling Mick, among others, that I will be out of the office for only as long as it takes to get across London to spend an hour with Nick before hot-tailing it as quickly as possible back to MM, whose offices at the time are in a bleak complex of huts in Waterloo that resemble a German POW camp, only searchlights, low swirling mist and snarling guard dogs missing from the mix. Anyway, that was the plan.

I tell him that things start to go awry not long after I arrive at Stiff, when the first thing Nick suggests is a drink in a pub he knows.

“Why was that a problem?” Mick asks, genuinely puzzled.

The pub Nick had in mind was in Liverpool.

“Let me get this straight,” Mick says, struggling to keep a lid on his temper. “You went to Liverpool for a drink?”

“That’s really not very funny,” Mick tells me sternly, breathing a bit heavily. I hope he’s not going to work himself up until something vital bursts, blood flooding into internal cavities, his entire system on the verge of haemorrhage and collapse, paramedics leaning over him the last thing he sees before waking up in intensive care, tubes in every orifice and loved ones sobbing at his bedside.

“Are you still there?” Mick asks now, his voice shrill. I am, but I’ve been thinking of the night I spend with Nick in the British Rail bar on Lime Street station, Nick wanting to get away from the rowdy scenes backstage at the Liverpool Empire, where the Stiff tour is playing tonight. By now, Nick is happy to go on before everyone else on the bill – which famously includes Ian Dury & The Blockheads, Wreckless Eric, former Pink Fairy Larry Wallis and Elvis Costello And The Attractions – for reasons not much more complicated than having more time that way to spend in the pub.

Anyway, in a corner of the Lime Street bar Nick knocks back vodka after vodka that make him eventually quite maudlin.

“What do I want to do with my life?” he at one point slurringly muses, although this isn’t something I’ve asked him. “I dunno,” he says. “Sometimes I think I have no real talent, and absolutely nothing to offer as a producer or songwriter. I mean, what have I done? Fuck all, when you think about it. Produced a couple of albums by The Damned and Elvis Costello, released a couple of singles and an EP. It’s not a lot, and I don’t think it’s terribly distinguished.

“What I’d really love to do is write a Eurovision Song Contest winner,” he says then, visibly brightening at the thought. “Otherwise, I’d settle for being Abba.”

“So you’ve actually got an interview?” Mick says, breaking into my flashback, relieved that I won’t be returning empty-handed from my recent excursions.

Of sorts, I tell him, not adding that not long after he gets maudlin, Nick decides that he’s not really in the mood for talking abut himself after all and launches instead into a very long and very funny anecdote about Rockpile touring America with Bad Company.

“So when,” Mick asks wearily, like someone who’s life has become too miserable to endure, “do you think you’ll actually speak to him?”

Confidently, I tell Mick that I’ll be meeting Nick shortly and I’ll definitely nail the interview today and be back in London not long after that.

“If you’re not, you won’t have a job to come back to,” Mick says coldly, ending our conversation on an unpleasantly terse note.

A little later, on the Stiff tour coach that’s going to take us to the Glasgow Apollo for this afternoon’ soundcheck, Larry Wallis collapses into the seat next to me, looking haggard. How are you feeling, Larry?

“Like I’ve just been nutted by reality,” he sighs, blinking wearily behind his aviator shades. And now here’s Nick, looking chipper. I ask him if we can finally finish the interview we’d started in Hemel Hempstead.

“No problem, AJ,” Nick fairly beams. “Tell you what,” he goes on. “I know this lovely little pub. We can have a quiet pint, maybe a bit of nosh and a good chat. It’ll be great.”

“Sheffield,” he says with a big grin. In the distance, I am sure I can hear Mick Watt’s head hitting his desk with a dullish thud.