Thunder, lightning and heavy downpours over Glastonbury right now. Deep joy for the 125,000 people already onsite, with more arriving every hour. It seems the gods of rock are angry. And they are not the only ones making a racket. 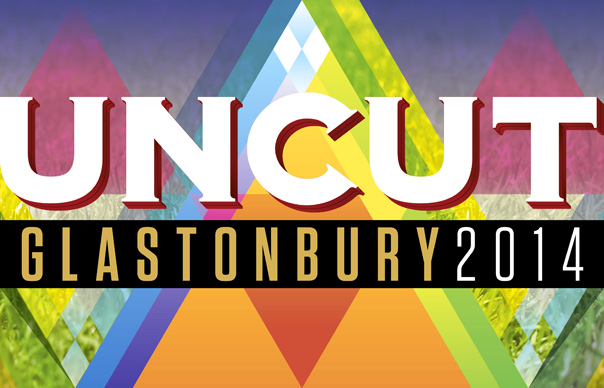 Thunder, lightning and heavy downpours over Glastonbury right now. Deep joy for the 125,000 people already onsite, with more arriving every hour. It seems the gods of rock are angry. And they are not the only ones making a racket.

Maybe it is a reaction to sharing a weekend bill with Robert Plant and Metallica, but Friday afternoon is turning into a headbanging riff fest. Normally sedate indie-folk bands are cranking up to 11 and beyond. It might get loud.

The first Led Zeppelin cover of the festival so far is “Stairway To Heaven” courtesy of Rodrigo Y Gabriela, who play mid afternoon on the main Pyramid stage. Returning to Glastonbury without the Cuban orchestra backing of their 2012 album collaboration Area 52, the Mexican acoustic folk-metal duo seem a little overwhelmed by the big arena, their normally fiery guitar duels sounding scratchy and thin. Tellingly, they abort the instrumental Zep number midway through and switch to a vocal version of Radiohead’s “Creep”, which finds a warmer reception with the singalong crowd. In the battle of the evergreen rock anthems, Thom Yorke’s successfully trumped Jimmy Page’s vaulting arpeggios.

The heaviosity continues over on the Other Stage as Band Of Skulls crank out grinding blues-rock riffs sweetened by boy-girl harmonies. It’s pretty basic stuff, but just the right kind of energy boost for that mid-afternoon lull at Glastonbury. They peak with “The Devil Takes Care of His Own”, which is basically “I Love Rock And Roll” if Joan Jett had been born and raised in Southampton. And there can be no higher praise.

Making their second Glastonbury appearance after a dramatic debut last year, when diabetic singer Este almost collapsed onstage, LA sisters Haim also prove surprisingly gnarly and kinetic, peppering their Other Stage set with four-letter banter and raunchy covers. Embracing those Fleetwood Mac comparisons head on, they play a blistering, groin-thrusting version of “Oh Well” and a sultry, booty-shaking take on Beyonce’s seduction anthem “XO”. Perhaps they are trying a little too hard to overhaul their wholesome image as David Cameron’s favourite pastel-shaded soft-rockers, but Haim make a worthy sacrifice to the angry rain gods of rock. This afternoon, they play under stormy skies in Somerset. But tonight, they feast in the great banqueting hall of Valhalla.
Stephen Dalton