Evan Dando: “We had people coming down to the studio saying, ‘Get this done, because this guy might die…'”

From The Lemonheads to his solo work, Dando takes us through his career 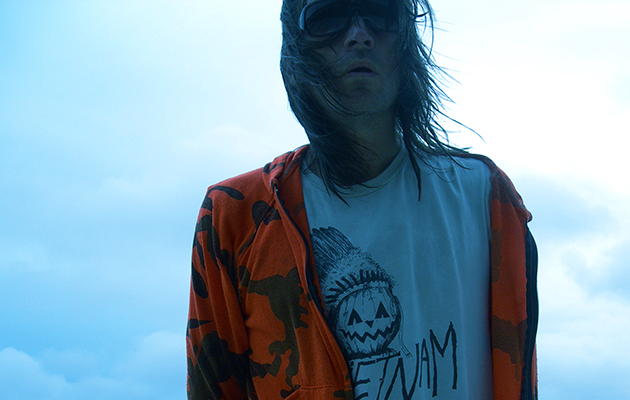 As The Lemonheads prepare to release Varshons 2, we revisit this Album By Album piece, originally published in Uncut’s March 2010 issue (Take 154)

Evan Dando has calmed down since his near-procession into narcotic oblivion in the mid-’90s, but he can still do old-school things to hotel rooms. Now aged 42, he’s inhabited this west London bolthole barely 36 hours, but it looks like Keith Moon has been here a week, creating a collage of uneaten room service, half-smoked cigarettes and semi-consumed beverages. “I miss my wife,” he sighs, not unreasonably…

EVAN DANDO: I recall getting the test pressing, and thinking: I quit. I hated it. We made it for zero dollars – we’d won most of the recording time in the WBCN Rock’n’Roll Rumble competition, and the rest of it was thrown together from different sessions. Now, I think it’s all right. Some of the best songs from early Lemonheads times are on there – “Come Back DA”, and “Die Right Now”… actually, no, that’s on Creator, which is a real disaster of a record. We weren’t getting on, no. It was the early days of dope for me and Ben – we were doing heroin, which didn’t make us not get along, but it made Ben and others a bit precious. He’d kick everyone out of the studio when he was doing vocals, which I could understand, ’cos when you’re on heroin you do feel a little precious. We did “Luka” because when we were on tour in ’87 it was on the radio all the time. And we just thought, fuck it, we’ll learn it, and play it. It was going to be on Creator – to the point that if you look carefully, you can see where the title is crossed out, and “Plaster Caster” is in its place. Though it’s a trashy cover, I thought it had a cool sound about it. Suzanne Vega loved it.
___________________________

A lot of people thought it was a couple of records too soon for us to be on a major, and they were right – Lick had sold 30,000 in America, and Lovey only sold 13,000 when it came out. Lovey has some good songs. You can hear we’re being a little careful, and are a little inexperienced. And there were tensions, again. I played drums on three songs, and bass on about six. There were songs on which Jesse [Peretz] couldn’t get the bass quite right, and I love playing bass, so I scrubbed over them. That’s what broke the band up that time. But it’s not so bad. “Ballarat” is really good, and “Brass Buttons”. I first heard about Gram Parsons when a friend heard “Ride With Me”, and asked if I was really into him, because the song reminded him of Gram. I’d never heard of him, but he became my favourite artist. It was about the way he relaxed when he sang. And the back-story didn’t hurt – all the cool pictures, and the drugs. “Ride With Me” and “Stove” are where I started finding my own lyrical voice a little. “Stove” is a true story – I wrote it after getting my stove replaced. I really did feel sadness for an inanimate object.