End Of The Road Festival – Day 1

It's the last day of summer, as Van Dyke Parks tells us, repeatedly. He's right, of course, but it's also true that there are still two days left of End Of The Road, pretty much the last festival of 2012. 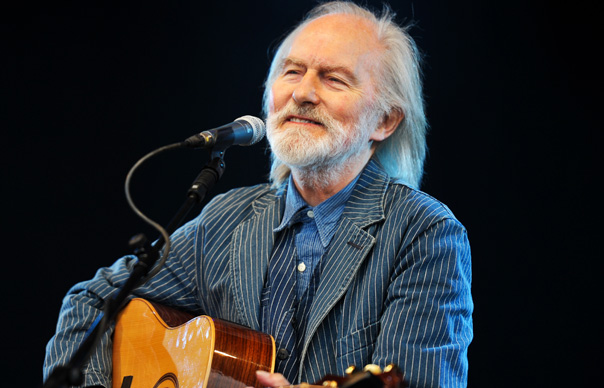 It’s the last day of summer, as Van Dyke Parks tells us, repeatedly. He’s right, of course, but it’s also true that there are still two days left of End Of The Road, pretty much the last festival of 2012.

Other than this unwanted reminder of impending autumn, Parks is on gregarious form on the Garden Stage on the first afternoon of the festival, rattling out witty, self-deprecating anecdotes like a Southern Woody Allen. After one song ends, he quips, “We’re always so grateful when we stop playing at the same time.”

As he astutely claims, Parks is a man “with a flexible agenda” – his set takes in covers of a ’40s calypso song praising Roosevelt (“FDR In Trinidad”), a New Orleans piece from 1857, and his own songs on topics ranging from a rain storm to Southern folk lore (“Orange Crate Art”).

Playing with just a drummer and bassist, the setup is a lot more stripped-down than some of his more recent shows, leading Parks to embellish more on his grand piano, scattering curdled, clashing notes in the middle of his smooth, jazzy runs.

As he begins a song about a Hawaiian cowboy and Captain Cook, we head over to the main Woods Stage to see Roy Harper, who plays a stunning set of his best-known songs to a huge crowd who seemingly appear out of nowhere as he begins. “Highway Blues” kicks off the set, and sees Harper climbing to the heights of his vocal range as if it’s 1972 again. “I’m shagged now, so I’m off,” he says, then launches into “Another Day”.

It’s heartening to see just how much love there is for someone who’s ostensibly a ‘cult’ artist, and Harper can clearly feel it, spinning out his yarns into even further-out tangents, taking in anti-war riots, Norwegian mountains and preachers on Oxford Street.

“Twelve Hours Of Sunset” is given a beautiful rendition, the audience lost in the echoes from Harper’s voice. After a tender “Me And My Woman”, he finishes with one of his favorites, “When An Old Cricketer Leaves The Crease”. “I’ll finish with this,” he says, introducing the song, “and I’ll make it – no, I won’t make it short.”

After such freewheeling genius, the studied, crystalline haze created by Beach House feels a little too cold and anodyne. The temperature has dropped as night falls, and the chilly blue lights behind the duo (and their live drummer), all barely moving, fail to really rouse all of the crowd.

Sure, Beach House have a clutch of melancholic indie classics, specifically “Zebra”, but they’re better suited to indoor shows of their own – one of their greatest strengths, subtlety, translates badly on a blustery festival stage.

Midlake, headlining the Garden Stage, are similarly subtle, but do better in the greener, more intimate glade. While they make Fleet Foxes look downright bombastic, they charm the crowd so much they’re forced to come back for two encores.