To Café Oto, where a guy who goes by the name of Hitodama is making the sort of brutal avant-noise that a colleague is inspired to describe as “entropic deathwank”. 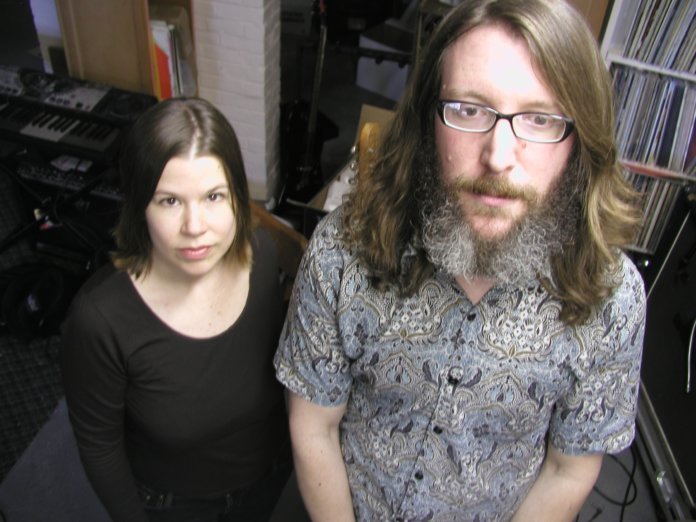 To Café Oto, where a guy who goes by the name of Hitodama is making the sort of brutal avant-noise that a colleague is inspired to describe as “entropic deathwank”.

It’s a jarring start to the evening, though Hitodama (“Wigan-reared, Tokyo-dwelling drone obsessive Dave McMahon,” promoters Miles Of Smiles reveal) will make further contributions later: at key moments when the other, in most ways more serene, artists are playing, McMahon adds piratical roars of pleasure from the audience.

Dean McPhee, much admired and written about on this blog (here’s a link to my last piece), is up next, with a set of as-yet unreleased songs bookended by a couple he premiered at that linked Michael Chapman show, “Rolling Stream” and the especially fine “Evil Eye”. There are odd moments – McPhee breaks off one piece to move his flight case into the toilet, presumably distracted by minute vibrations. And, as is usually the case when an artist prefaces a song by saying they wrote it only a few days before, it’s hard not to prejudge that work as a little tentative, incomplete in some way.

Nevertheless, McPhee’s tone, resolve, measure and concentrated, courtly playing (I found myself thinking of John Renbourn again) remains beguiling, and a pleasing movement on from the Takoma thing practised by so many of his guitar soli contemporaries.

Unexpectedly, Michael Flower also touches on the edges of that tradition in his set – a solo outing for the Vibracathedral Orchestra/Flower-Corsano Duo player, even though he’s billed as the Michael Flower Band. The Band turns out to be a bunch of kit arrayed on an ironing board behind Flower and his electric guitar, including a rudimentary drum machine that makes Flower’s first moves resemble that recent Sandy Bull & His Rhythm Ace release.

Soon enough, though, Flower is moving on, revealing an orthodox virtuosity that’s not always apparent in the skrees he unleashes in more avant-garde manifestations. At times, the tone of his guitar matches that high-end fizz of the Japan-banjo he uses in tandem with Chris Corsano. At others, amid the various loops and delays, he tries on various styles for size: from the expansive strafe of Michael Rother and Robert Fripp, to fluid Southern Rock jams. There is a brief burst of crude arpeggiated ‘90s techno, too. Quite a set.

While Flower roams far and wide, the Charalambides duo of Tom and Christina Carter concentrate on methodically ploughing a straight, assiduously-measured furrow. Rarely seen in the UK, the pair have been making music for two decades now, on and off (I found this in my archives on “Likeness”), and though I’ve seen them about a decade ago, the strength of Christina Carter’s voice still comes as something of a shock when it arrives, unmediated, between Tom’s stark desert blues. Stentorian, mantric and resonant, she sounds a little like a cross between Nico and one of the sterner English folk singers; June Tabor, perhaps.

The minimalism is exposing, and not all of her lyrics are entirely successful. But the cumulative effect is tremendous, especially when she takes up guitar, and the duo gracefully switch up from blasted, spacious passages to a denser and more frictional sound; a sit-down Sonic Youth, might be a fairly superficial reading of these sparingly-deployed, maximum-impact peaks. “Charalambides wailing freakout mode tonight,” says Tom Carter later, on Twitter. “Shed blood on white guitar.” Wonder how he managed for their solo sets on Sunday?