Stephen Dalton brings you all the news, gossip and reviews from this year’s Cannes Film Festival. 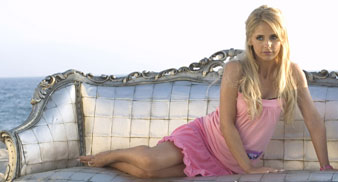 One of the most talked-about competition films so far has been Richard Linklater’s Fast Food Nation, an innovative dramatisation of Eric Schlosser’s non-fiction best-seller about the industrialized cruelty and harsh economics behind the food industry. Co-starring Greg Kinnear, Ethan Hawke and Bruce Willis in a memorable cameo role, the talk-heavy drama has been likened to “Traffic with beef”. Linklater also has another film showing out of competition, the semi-animated sci-fi fable A Scanner Darkly, which screens later this week. Keep logging onto Uncut for details.

Oliver Stone is also in Cannes to host a 20-year anniversary print of Platoon alongside the 20 opening minutes from his forthcoming 9/11 drama, World Trade Center. Crisply shot on hi-definition video, the film stars Nicolas Cage stars as a real-life Port Authority police officer who was buried in the rubble of the Twin Towers, the clip shown to journalists was gripping and spectacular, with none of the usual bombast typical of both Stone and Cage. It feels potentially like the commercial comeback the director needs after the disaster of Alexander.
“We tried to make these stories through the eyes of people who saw them with their own eyes”, Stone tells Uncut. “Whether in the jungles of Vietnam or the deserts of Iraq or the rubble of the World Trade Centre, the truth must exist in some way to confront power and extremism.”

The biggest disappointment of the festival so far has been Southland tales, the highly anticipated sophomore film from Donnie Darko director and Uncut favourite Richard Kelly. A sprawling sci-fi parable starring Dwayne ‘The Rock’ Johnson, Sarah Michelle Gellar and a guest list of thousands, Kelly’s apocalyptic epic has been greeted with universally poor reviews and a frosty press conference. While the film has some redeeming touches, including nods to Repo Man and Kiss Me Deadly, it’s far too much of a self-indulgent mess to earn even kitsch cult status. Insiders tell Uncut that a heavily trimmed edit of the two-and-a-half—hour Cannes edit already looks inevitable.

Apocalyptic danger of an all-too-real kind is also the subject of An Inconvenient Truth, a documentary about the dangers of global warming written and presented by former US Vice President Al Gore. Persuasive, funny and surprisingly personal, director Davis Guggenheim’s film is a worthy but worthwhile addition to the boom in campaigning docs.

Happily, beyond all this sober debate and post 9/11 angst, the ego-driven circus mania of Cannes has also been well represented this year. Veteran director William Friedkin presented his new psychodrama BUG, a preposterous but compelling study in spiraling psychosis and conspiracy mania. Friedkin also trashed the recent “prequel” to his horror classic The Exorcist, but denied his hostility was motivated by ongoing legal battle with Warner Brothers over outstanding royalty payments. “I have no ongoing legal battles with Warners,” he told Uncut. “They screwed me. End of fucking story.”

But nothing in Cannes has so far beaten Hungarian director Gyorgy Palfi’s Taxidermia in the freakshow stakes. Featuring scenes of men having sex with dead pigs, a fire-breathing penis, extreme mass vomiting and a memorably bizarre scene of automated suicide, this macabre satire so far takes the festival’s top honours for bad taste. Only Uncut’s Cannes bar bill will come close in the sick joke stakes… keep watching this space for more Cannes updates.