One of my favourite albums of 2016 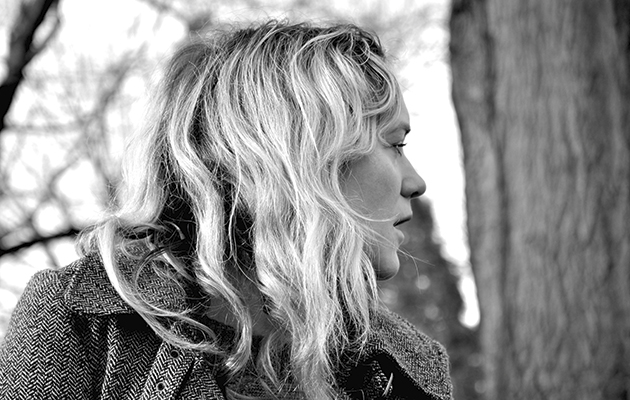 In early 1993, the 4AD label released a boxset dedicated to their in-house supergroup of sorts, This Mortal Coil. Within its exquisite art-goth packaging sat four CDs: the first three albums by the band plus a compilation, which corralled all the original versions of songs they’d covered. That disc, featuring Gene Clark, Chris Bell, Tim Buckley and Pearls Before Swine among others, was an exceptional act of curation by 4AD founder Ivo Watts-Russell. It presented a strand of classic singer-songwriters whose work was at once personal and other-worldly, their music ready to be remade as something that would conform to the label’s ethereal brand identity. Here, the rawest human emotions could be aestheticised, with bespoke “Filigree And Shadow”, and without losing any of their visceral impact.

Brigid Mae Power, a remarkable new artist from Ireland, is not much familiar with most of that canon; she has only recently heard Mary Margaret O’Hara, a very useful point of reference. But as soon as her first album for Tompkins Square begins, Power seems to be instinctually channelling that heritage. “I’d cling to these beautiful things, immerse myself in their feelings,” she sings rapturously and, though she’s specifically referring to “the seaweed on the beach, the sun falling down over the sea,” it feels like she could just as easily be invoking a pantheon of spectral influence. The song is called “It’s Clearing Now”, built around the most indolent of acoustic strums, a string arrangement that blurs the horizon like heathaze, and Power’s ineffably graceful, sometimes wordless, ululations. It manages to recall both Elizabeth Fraser and Tim Buckley, while never sounding much like the point they historically intersect – This Mortal Coil’s version of “Song To The Siren”. It’s also the sort of piece that encourages dazzled hyperbole: I can’t imagine hearing a song I’ll like more in 2016.

Power, it transpires, has been making music of comparably rarefied beauty for a few years now. On Bandcamp, you can find a wealth of her early efforts, often recorded in churches and underground car parks, the sessions underscored by ambient noise leaking in from the world outside. The locations suggest a certain conceptual affinity, since Power’s work often has the resonance of liturgical music, and is delivered with a generally uncompromising sense of minimalism and verite. In fact, they were the products of expediency, of recording on a non-existent budget, in pursuit of architectural reverb to give the songs an unostentatious grandeur. A version of the traditional “My Lagan Love” is emblematic, just a creaking harmonium and Power, sounding extravagantly forlorn, far in the distance.

“Brigid Mae Power” brings this talent into focus, taking her from the empty spaces of Waterford to an actual recording studio, The Sparkle in Portland, Oregon, that belongs to the artist and producer Peter Broderick. Given the uncanny charms of Power’s early work, it’s a risky transition, but fortunately these songs are enriched by the process, and neither overburdened nor over-finessed. On “Let Me Hold You Through This”, over a pump organ that evokes the solemnities of early sacred music, Power’s declaration of unmediated love for her five-year-old son is in no way diminished by Broderick’s harmonies.

He does, though, deploy himself sparingly, appreciating the singularity of Power’s vision and the intimacy which contributes so much to her appeal. “Looking At You In A Photo” finds her alone at the piano, meditating on a picture of the child she has brought up alone. He is in his paddling pool, “so happy”, but Power remembers her own contrasting emotions: “I was so tired and lonely.” The infant, she believes, could see she was faking contentment, in the midst of people “who weren’t for us/Though they claimed to be.” It is one of Power’s many gifts that she can render sublime what seems on the page to be awkward, diaristic writing, and she also has a knack of tagging her poignant tales with upbeat conclusions. “We came through it, sweetheart,” she consoles, at the end of “Looking At You In A Photo”.

“Sometimes” is similarly unadorned – again, nothing more than Power and the piano – and even more moving. “Sometimes I just want to collapse into you,” she begins, before losing conventional vocabulary for a while and articulating a state of mind that is both transported and hesitant. Eventually, she ventures the second half of the line, “But I don’t know if you want me to.” The song works carefully towards a resolution, where she can finally trust those welcoming arms as secure.

Like “It’s Clearing Now”, “Sometimes” encapsulates the album’s subtly-implied theme of struggle and doubt transcended, of better times coming slowly into view. At the climax of this hugely satisfying album, Power even gives us that rarity: a happy ending, via a laugh and a dreamy, Karen Dalton-ish folk song called “How You Feel”. Before her words dissolve again into a minute or so of post-lingual harmonies, the last line is one of blissful reassurance: “I feel safer,” she sings, “than I ever have before.”

UNCUT: What music influenced you? Do you come from a folk background?

BMP: Yeah, I grew up playing traditional music from quite a young age, I played the accordion and was exposed to a lot of different types of music. I was always trying to find my own way of singing, but when I heard Tim Buckley it was like a light went off. It allowed me to sing how I wanted to.

Can you explain what “Looking at you in a photo” is about?

I’ve been a single mum for five years and it’s given me lot of stuff to write about. A lot of tough times happened, and you don’t really get that many people writing about motherhood. But it’s such a huge thing to be responsible for someone, there’s a lot of doubt comes up, and I think I work through that in the songs.